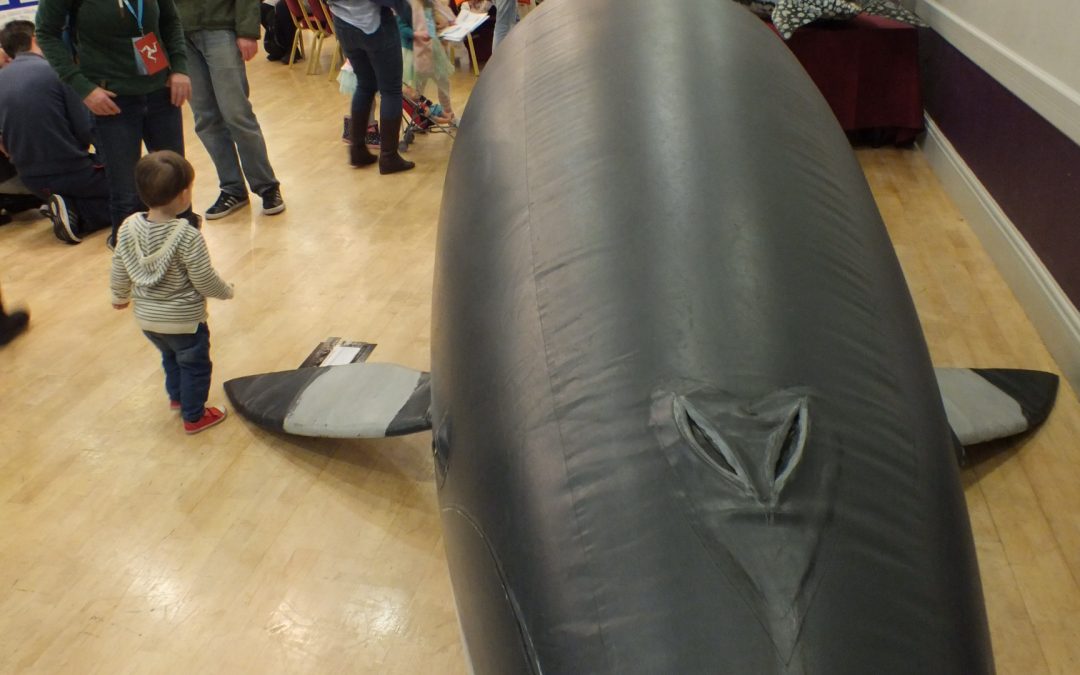 On 6th and 7th August, the Whale Workshop returns to the Isle of Man for the 2nd Manx Whale and Dolphin Watch Show at the Villa Marina’s Promenade Suite.

Entry is £5 per adult with kids going free. Refreshments will be available all day.

A plethora of incredibly realistic, life-size whales, dolphins, porpoises, basking sharks, seals and turtles will fill the venue allowing for face-to-face encounters with these magnificent creatures. Dive into an underwater world and discover our local species, sightings, and the work of Manx Whale and Dolphin Watch- the island’s only charity dedicated to the monitoring and conservation of whales, dolphins, porpoises and basking sharks in Manx waters.

Andy Peters from the Whale Workshop based in Devon, has been hand-making these fantastic, life-size inflatable marine creatures since 1995, displaying them at events across the world.  He has worked with endless wildlife groups and schools to highlight the importance of top-level marine species and the issues facing the marine environment. From the smallest porpoise, through to the mighty blue whale and giant squid, Andy really has made them all, touring the world with his inflatable gang of creatures.

The models, which can also be weighted with water, are used on Marine Mammal Medic Courses and the Isle of Man has a network of people trained to deal with any stranded animals.

Andy was last on the Isle of Man back in 2018 for the first MWDW show. The event was a huge success seeing over 2,000 people come through the doors over the weekend. This was not Andy’s first visit with his creatures, as he brought his popular school roadshow to the island in the early 2000’s, which some of you may recall.

Manx Whale and Dolphin Watch are delighted to welcome Andy back to the island with his array of species local to the Isle of Man and the Irish Sea and we are so thankful for our sponsors for making this happen: The Isle of Man Steam-Packet Company for allowing Andy to travel free of charge to and from the island with his creatures, the Welbeck Hotel for accommodating him at a reduced rate and to Tesco Groundwork Bags of Help for assisting us with the venue hire costs.

Don’t miss out on this educational and informative weekend, and please remember, it is not just for kids!

Whilst tickets can be bought on the door, pre-purchased tickets through Eventbrite are encouraged to reduce queues at the door.