Family of Bottlenose dolphins stay in Peel for 4 months 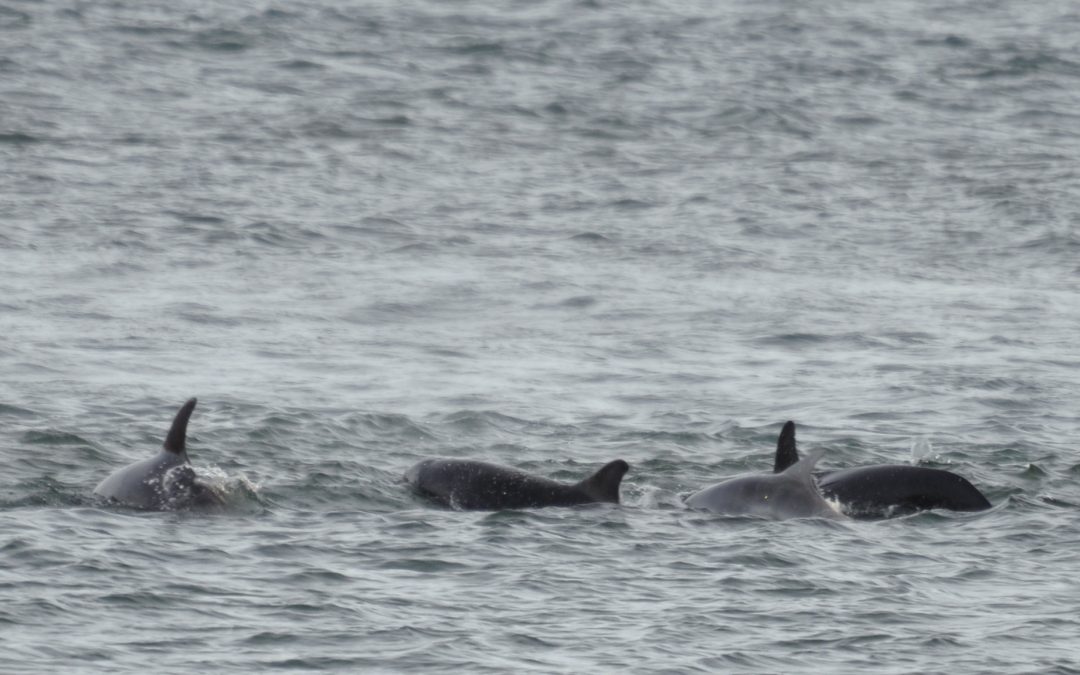 At 1:10 you will see a tiny newborn Bottlenose dolphin jump out behind its mothers head. The erratic behaviour of all dolphins in this small group and extraordinarily close proximity to shore suggest this dolphin had been born perhaps within minutes of the video being taken. Footage by Phoebe Amy Robertson. Gansey bay, Isle of Man 16th September 2019.

This same family of 4 Bottlenose dolphins and young calf have been spotted for 4 months close inshore on our west coast. 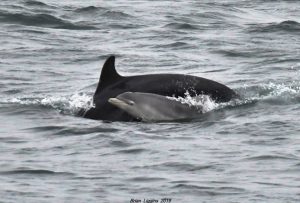 To date, the pod have been spotted on 38 seperate occasions, predominantly inside Peel bay, but also up and down the west coast. The photo on the left was taken in late October off Peel castle by Brian Liggins . Feotal folds are clearly visible on the calf, these folds of skin occur when the youngster is curled up in the womb, and usually disappaer after a few months of age. Note the 2 small nicks on the mother’s dorsal fin which allow us to recognise her when photographed again.

The below photos were taken on 10th January 2020 in Peel bay of the same family with what is now a 4 month old calf, still with feotal folds. They were highly active and putting on quite a show. One photograph shows an individual playing with a peice of seaweed. It is known scientifically that Bottlenose dolphins have the intelligence to invent games such as pass the seaweed and foot (or head/tail) ball with jellyfish, but this is the first time it has been documented in Manx waters by way of photograph. 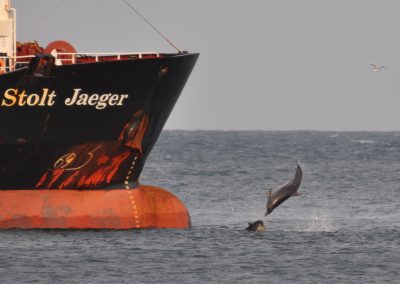 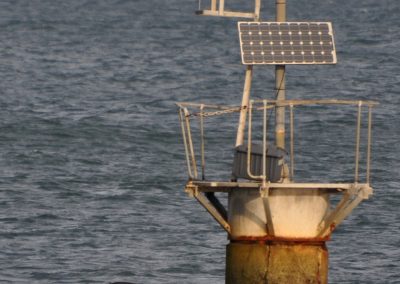 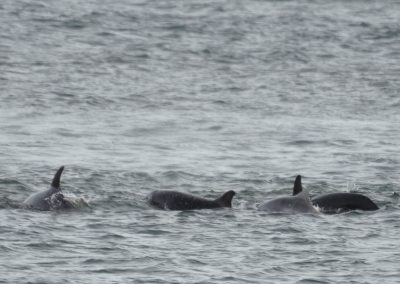 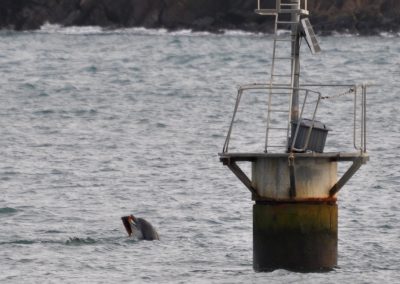 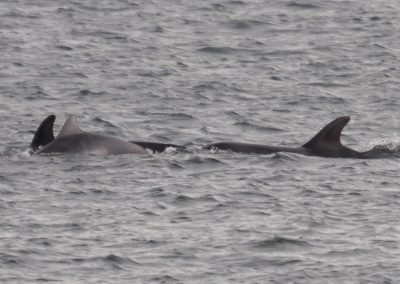 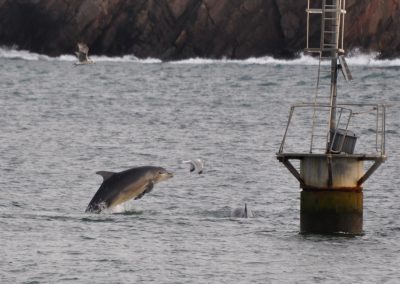 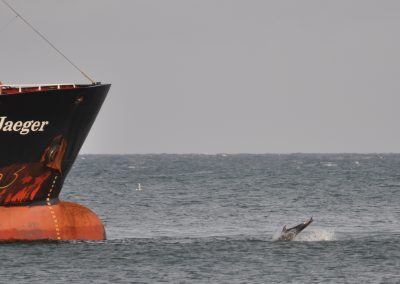 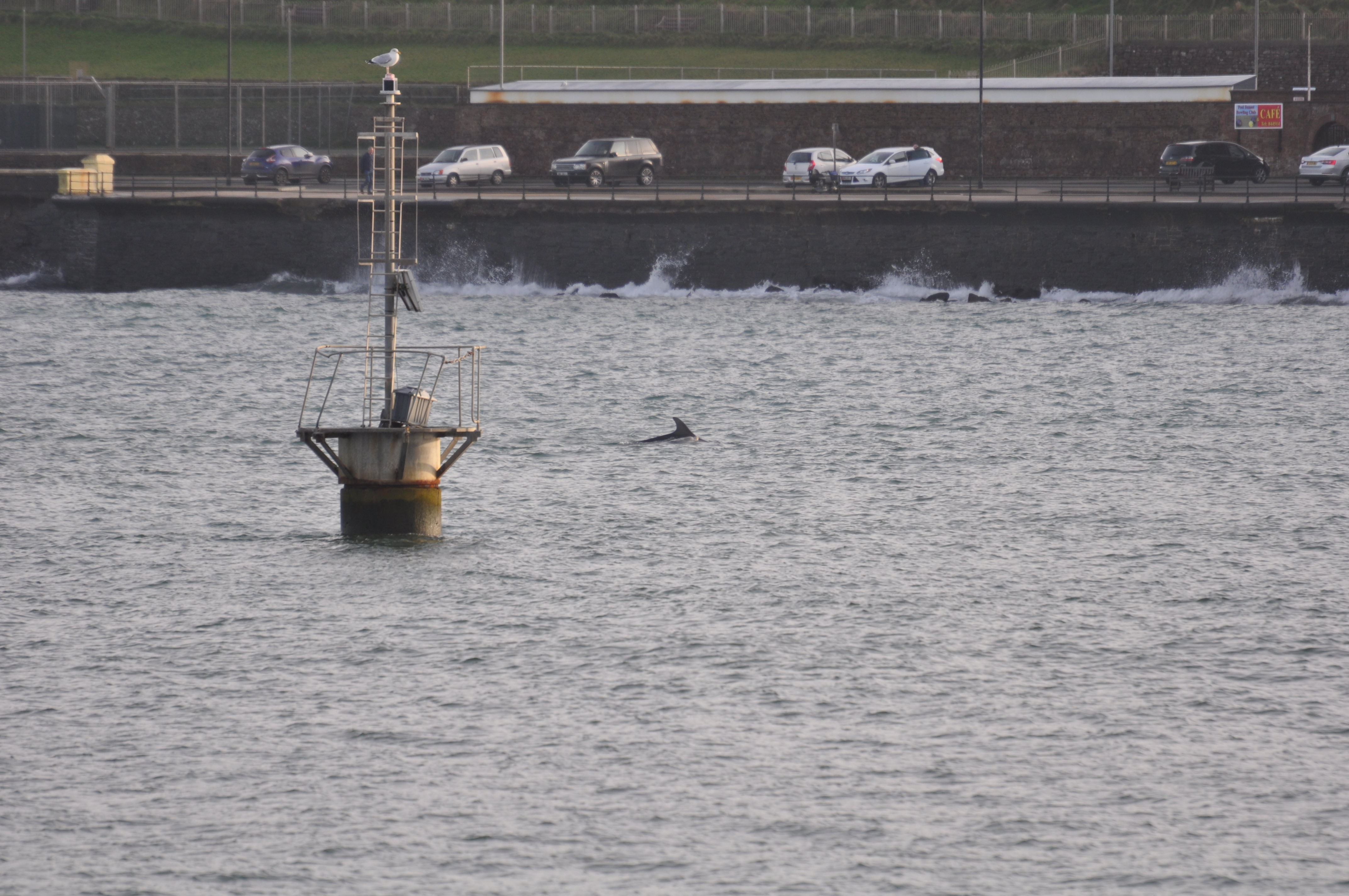