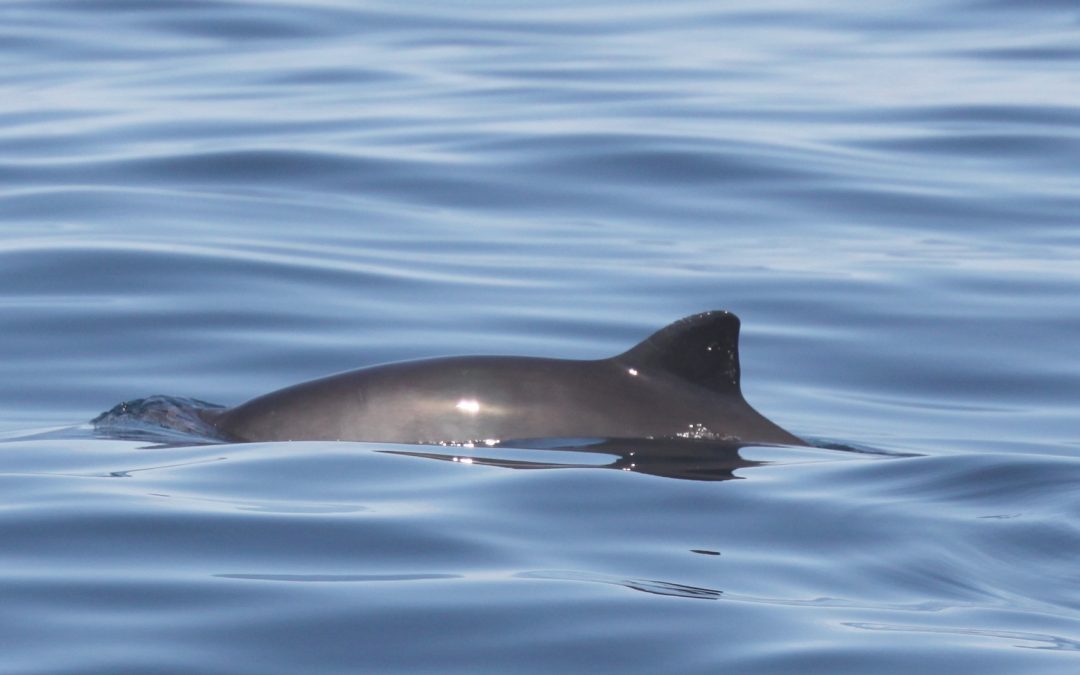 On Tuesday the 26th of June, MWDW went on a boat survey from Port St. Mary. Minke whales had been spotted off Port St. Mary the day before, so we went out with the hope of photographing them for our photo-ID catalogue. To our delight, the minke whales were still present, and we were able to collect both photo and video footage of them feeding.

Although we went out to sea with the sole purpose conducting photo-ID on cetaceans, we came across much more.

After motoring about six miles offshore from Port Erin, we noticed a small gathering of herring gulls and black-backed gulls. As seabirds are often a good indicator of cetacean feeding we headed over to see what all the fuss was about. However, as we neared the birds we also noticed the dark head of an adult bull grey seal. We slowed down and continued to cautiously approach the birds and seal, wondering what had attracted the animals. To our surprise we came across what appeared to be fragments of harbour porpoise blubber and skin. We decided to take two of the porpoise pieces back with us to Peel further inspect them, specifically to try and determine what could be responsible for the attack.

Back on land, we analysed the gashes and cuts on the skin of the porpoise, measuring each of them individually, as well as looking at any other unusual marks. Photographs of the body were also taken for our records, and to send to the UK Cetacean Strandings Investigation Programme and the London Zoological Society.

Replies from both organisations confirmed our suspicions that the attack had been carried out by the bull seal that had been in the area. The marks on the tailstock fragment were consistent with grey seal bite marks (it has been documented that seals bite porpoise around the tail to submerge and drown them). Furthermore, the edges of the blubber fragments were consistent with the tearing/ripping motions of a seal, rather than clean/sharp edged cuts characteristic of propellers.

Large numbers of harbour porpoise strandings in the Southern North Sea have been reported with fatal, sharp-edged mutilations. Observation of grey seal attacks on porpoise, as well as detection of grey seal DNA in bite marks and wounds have allowed for identification of the seal species as a probable cause of death. In addition to this, during autopsies scientists found haemorrhages in bite wounds and lesions. This suggests seal predation on a live harbour porpoise rather than scavenging on a carcass.

Attacks like this one are relatively uncommon in UK waters, with only a couple of accounts from Wales and Kent having been documented. However, in the Netherlands, grey seal predation has been documented as one of the main causes of death in harbour porpoise. Although marine mammals are not a usual source of food for grey seals, other accounts of predation on harbour seal pups (including cannibalism) has been reported. 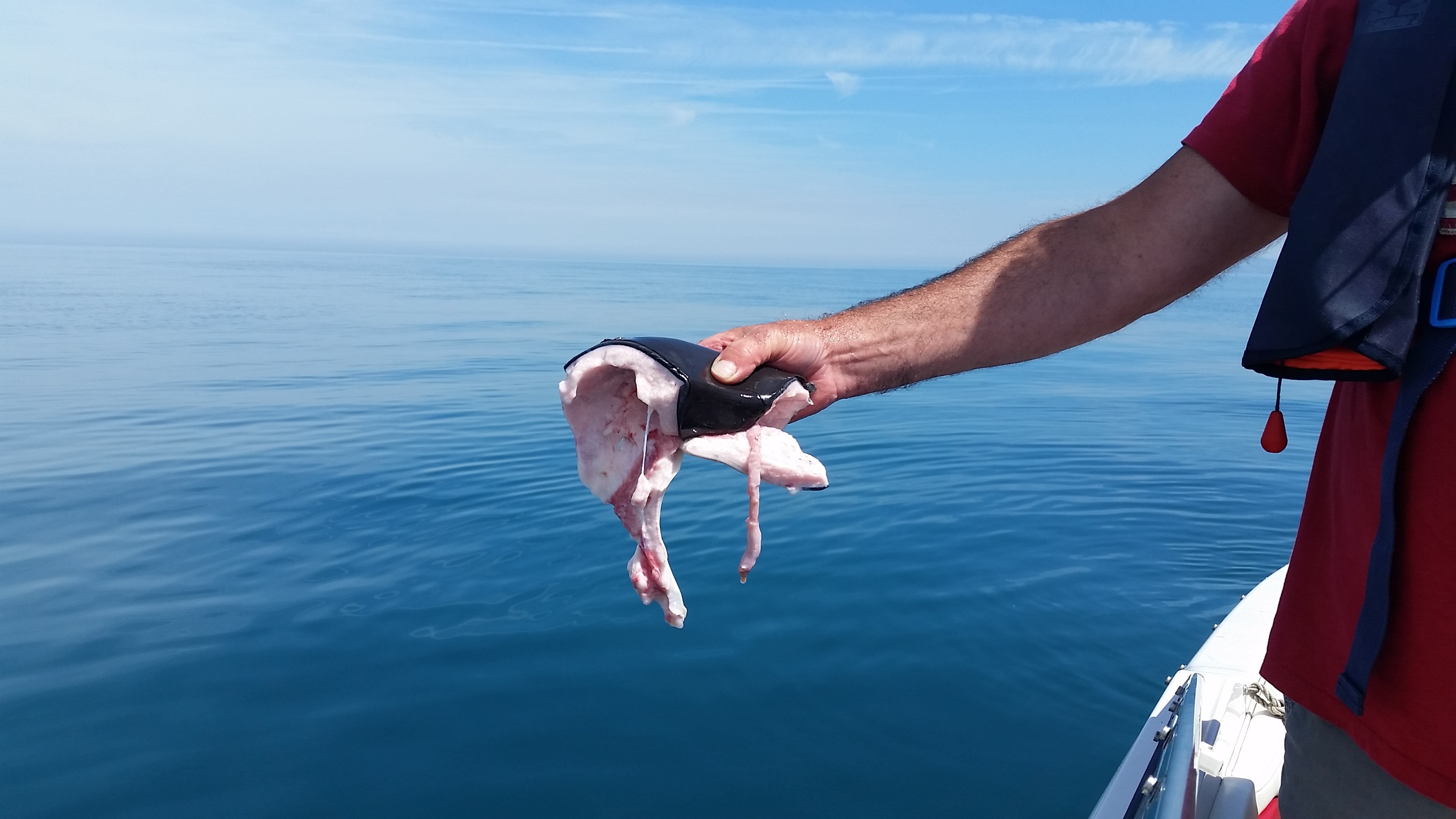 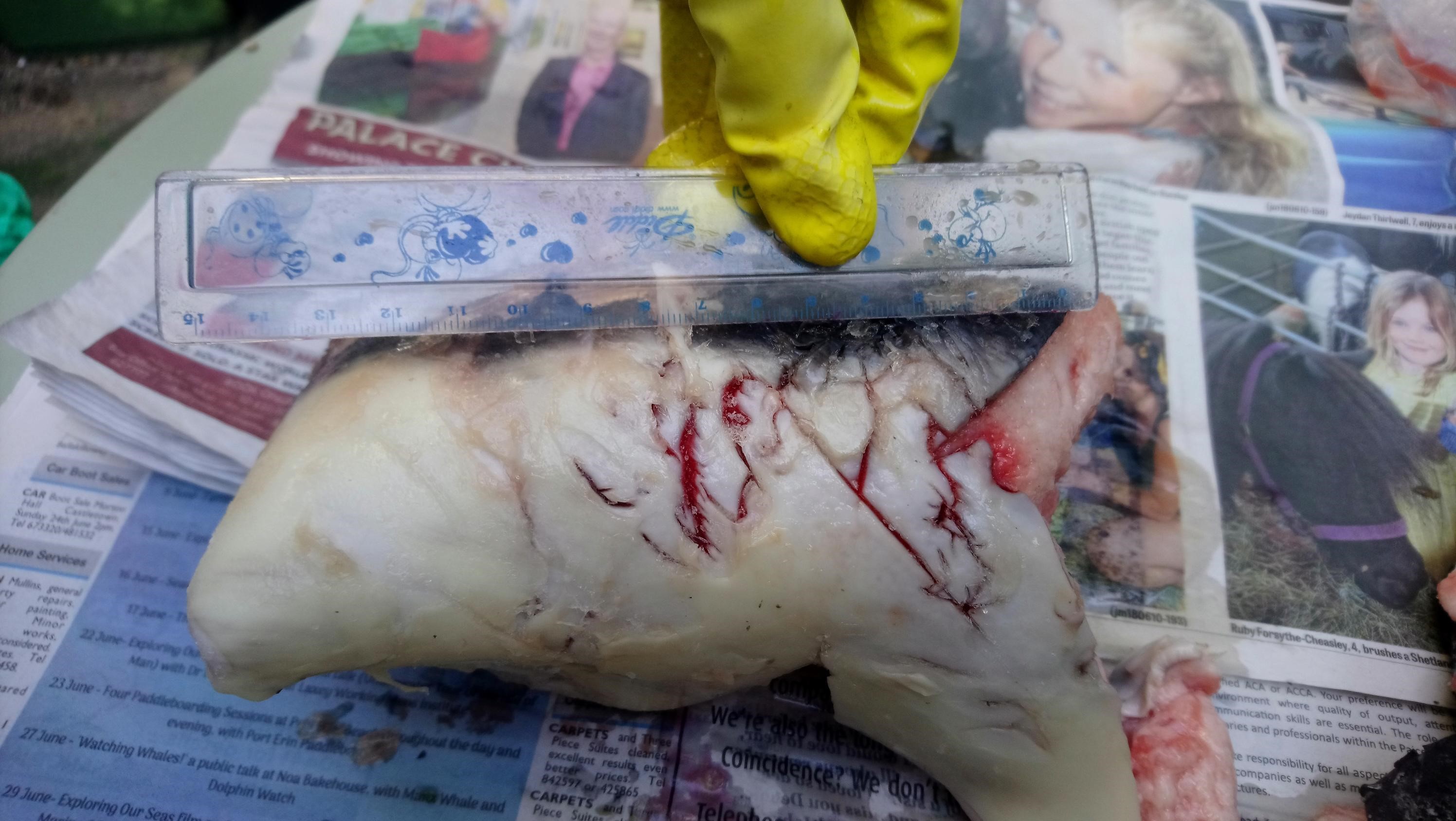 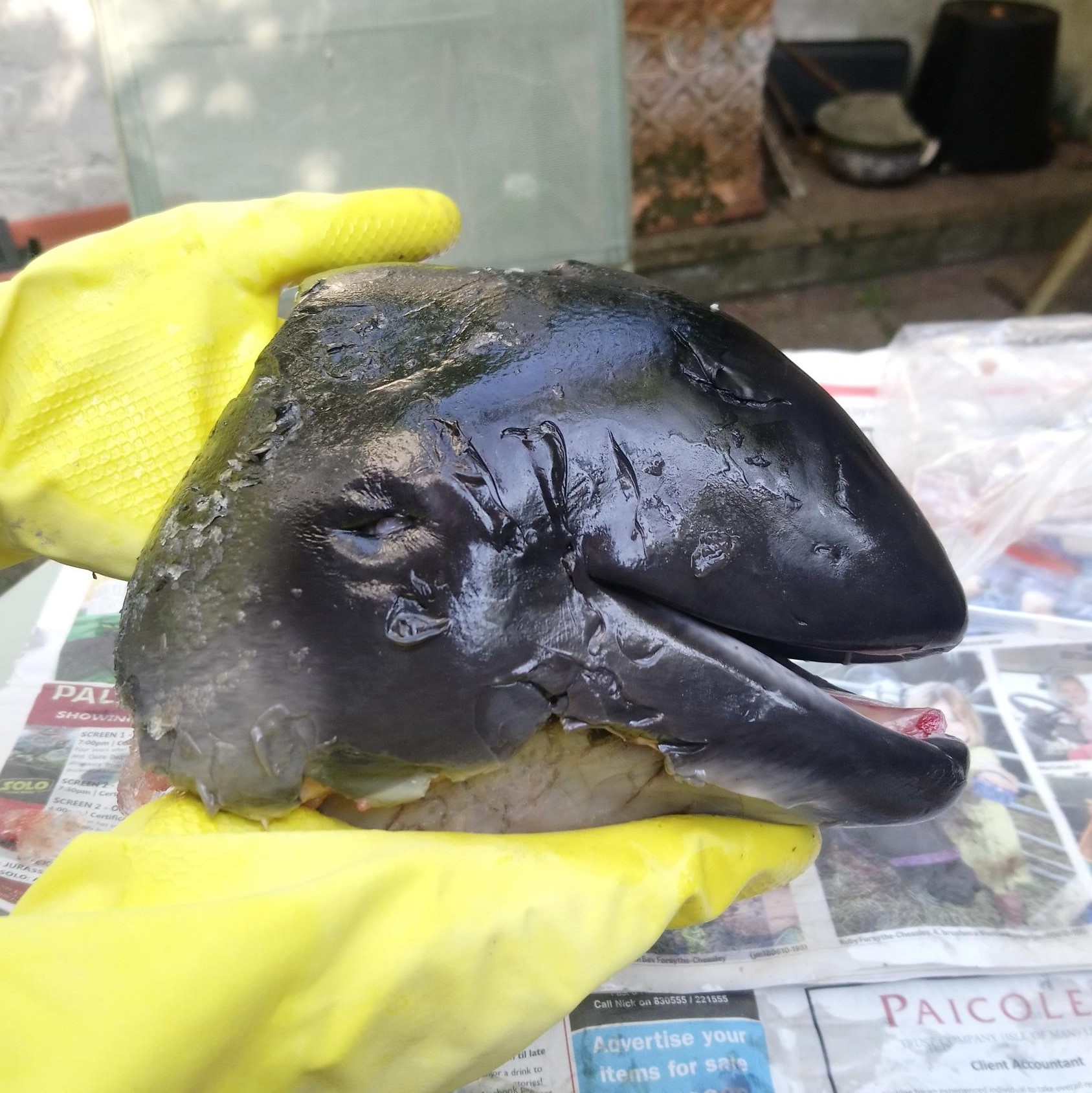