Founded by Jackie and Graham Hall in 2004, MBSW was dedicated to studying basking sharks in Manx waters through its public sightings scheme, tagging work and DNA sampling. After 17 years of research, they have handed over the reins to Manx Whale and Dolphin Watch to make way for retirement. 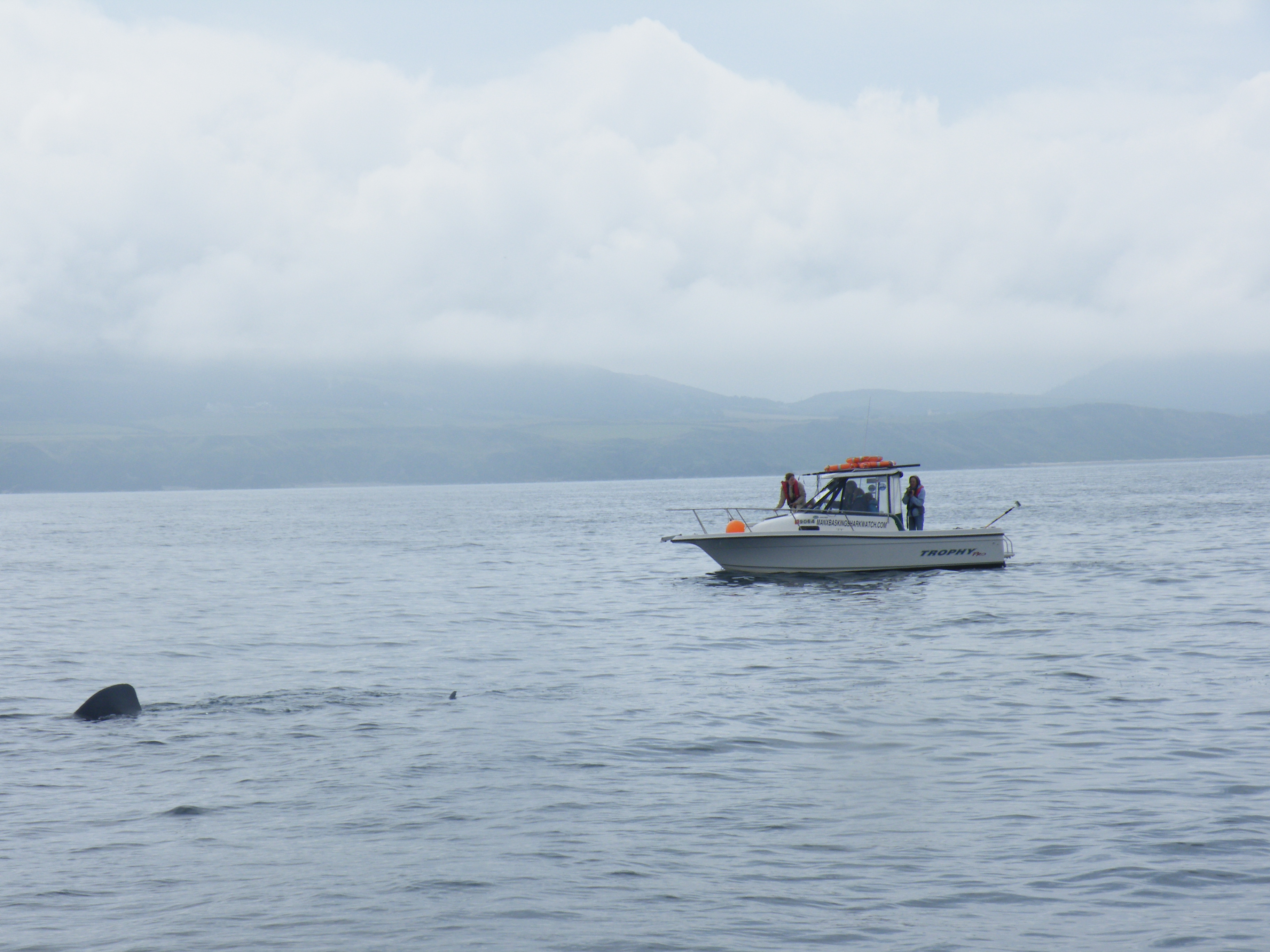 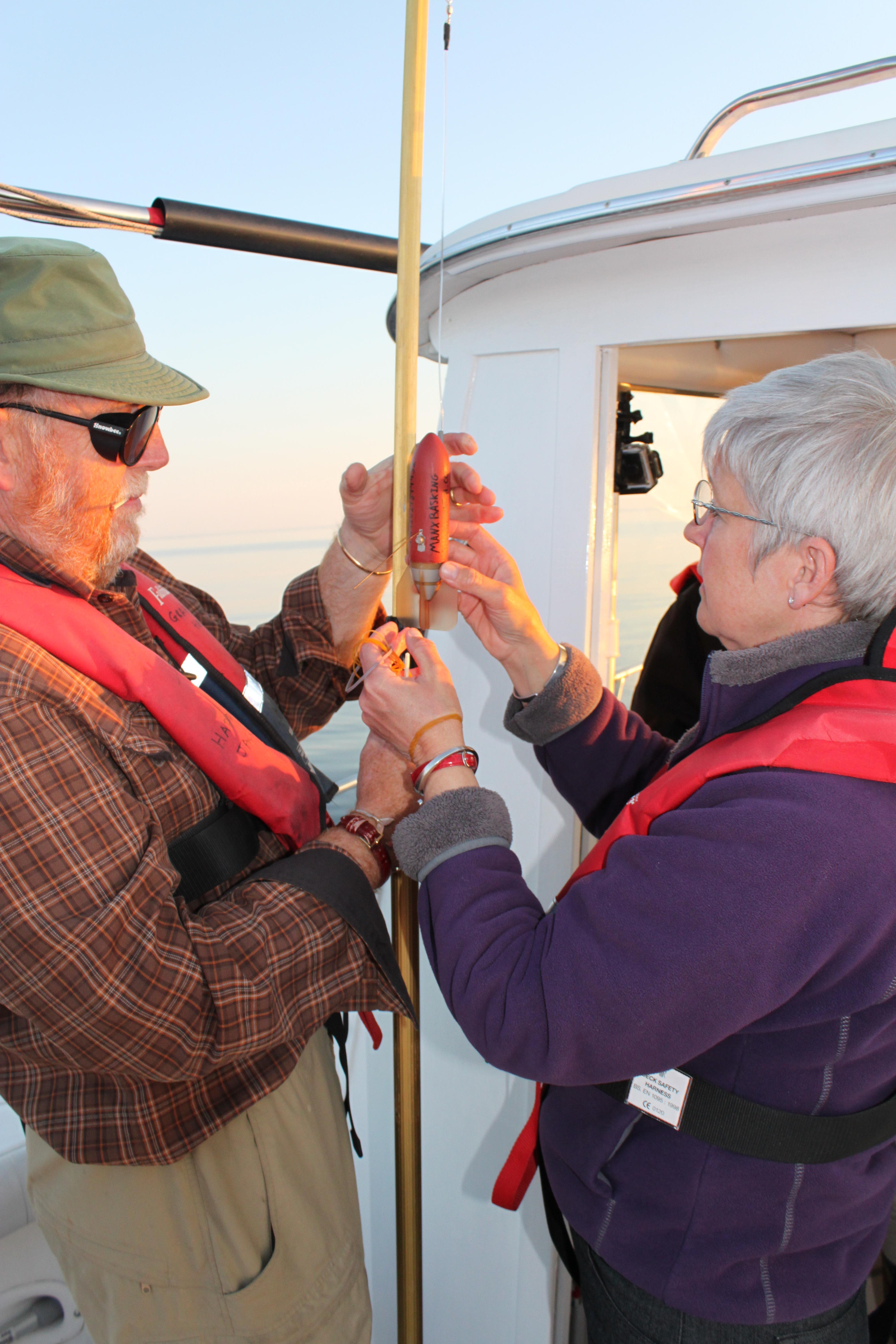 Jackie and Graham Hall with tag