How and where to see basking sharks

Basking sharks typically return to the Isle of Man in mid-May. Though they have been reported from all around the island, they are predominantly seen on the west and southwest coast with Peel, Niarbyl, Port Erin and the Sound being hot-spots.

As it is possible to see basking sharks from any of these sites, in close proximity to the shore, you do not need to be on a boat to see them. Once the first shark has returned, more typically follow, and a walk along the coastal path (Raad ny follian) on a calm day during this time can provide the perfect opportunity to see them.

If you are on the water, it is extremely important to follow the basking shark code of conduct below. Basking sharks are slow, and will not move out of the way or alter their course to get out of the way of any boat, kayak or jet-ski. When feeding, they tend to ‘zone out’ and may not even be aware of a boat right beside them.

The IUCN status of basking sharks was changed from vulnerable to endangered in 2019 and there may be less than 8,000 of them left in the whole world. They are very slow breeding, having 5 or 6 live pups about every 3 years. You may see newborns of 1.5- 2m in Manx waters. Manx law protects basking sharks from harassment, fishing or reckless injury. If you injure one through reckless boat driving you are liable to be prosecuted and fined up to £5,000.

Comparison with other species

Basking shark behaviour is completely different to any cetacean (whale, dolphin, porpoise). Cetaceans are mammals, and swim with a ‘rolling’ motion up and down through the sea surface to take breaths as they swim.  A shark will not do this. Instead, they travel at a slow, steady pace, usually in a straight line but sometimes sending their body in line with the current. If they wish to dive, they do so but slowly sinking down into the water.

Seals are often mistaken for basking sharks. They will point their head upward, allowing their nostrils to stay above the surface as they have a snooze. This behaviour, known as ‘bottling’, makes the seal’s head appear rather triangular and shark-like.

If you are unsure what you are looking at, stay a while and note down everything you see. How does the animal move? Is it travelling in a straight line or does it roll up and down? Does the triangle appear pointed like a shark fin, or is it rounded at the top like a ‘bottling’ seal? Can you see the animals body? Can you see any other fins or colour on the body? Is it travelling quite quickly or slowly? Take video or photos if you can. Get in touch with MWDW and describe your encounter. We can usually decipher species based on descriptions. 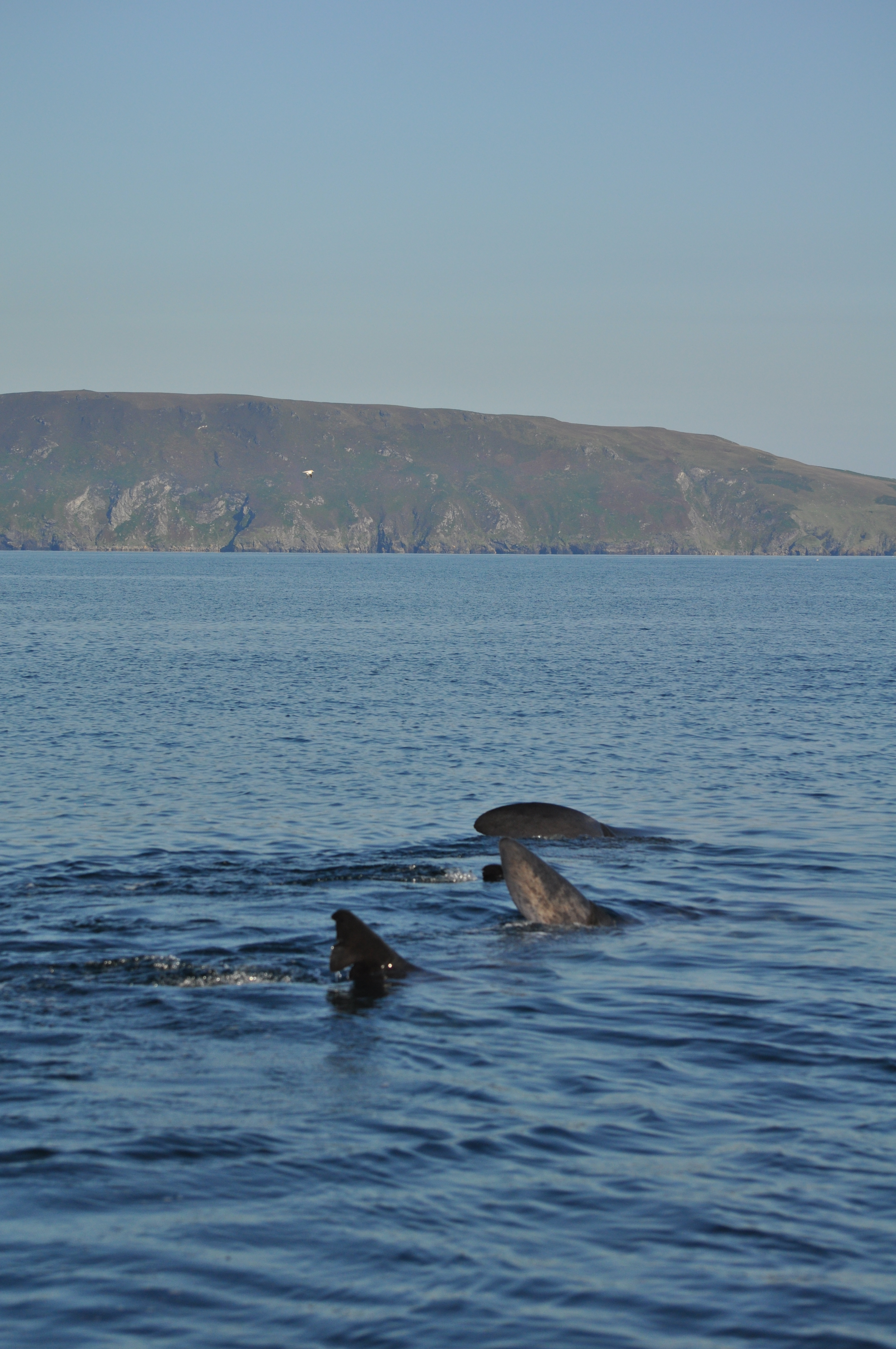 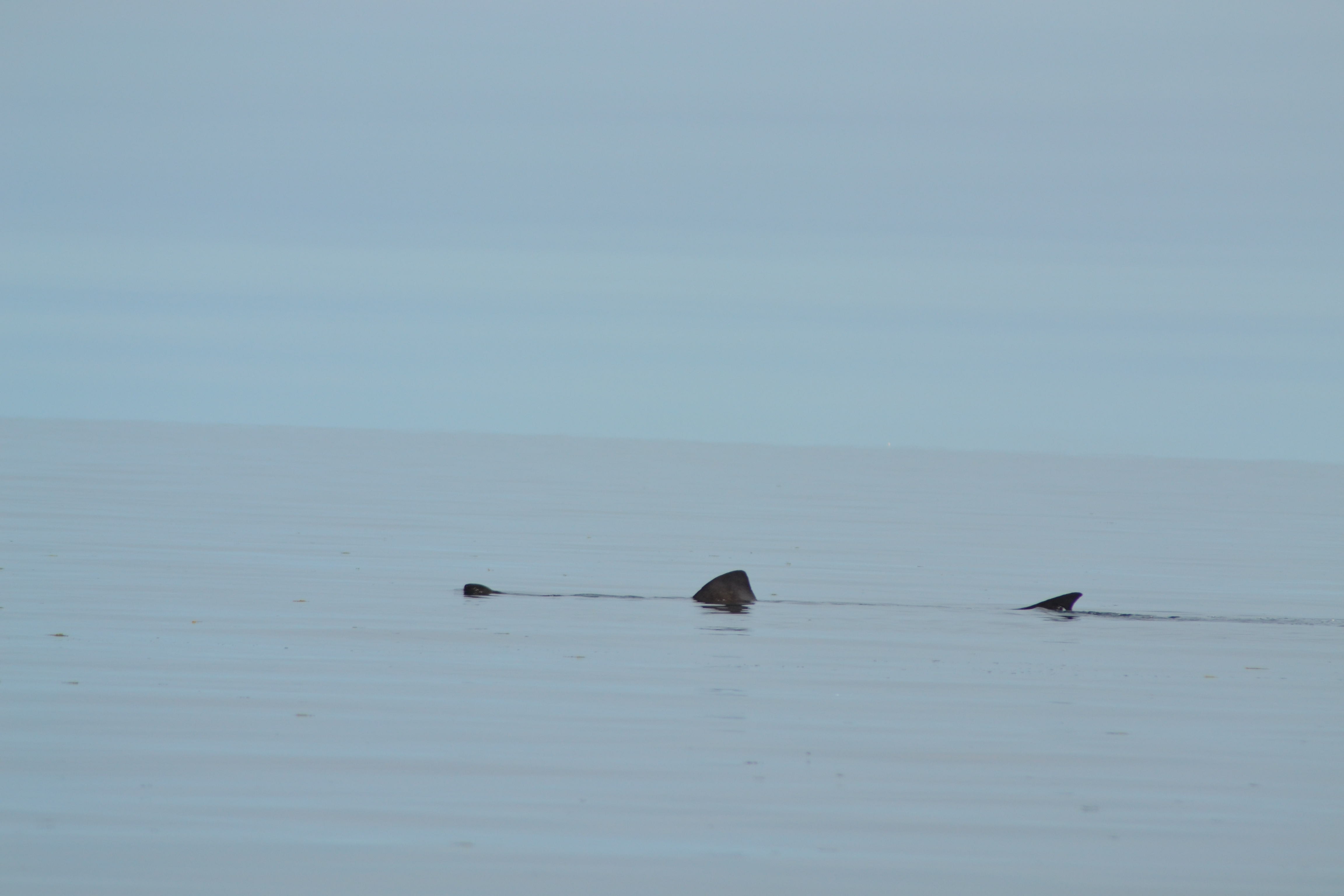 The typical view of a basking shark on a calm day. Large triangle dorsal fin with nose and tail at equal distance either side 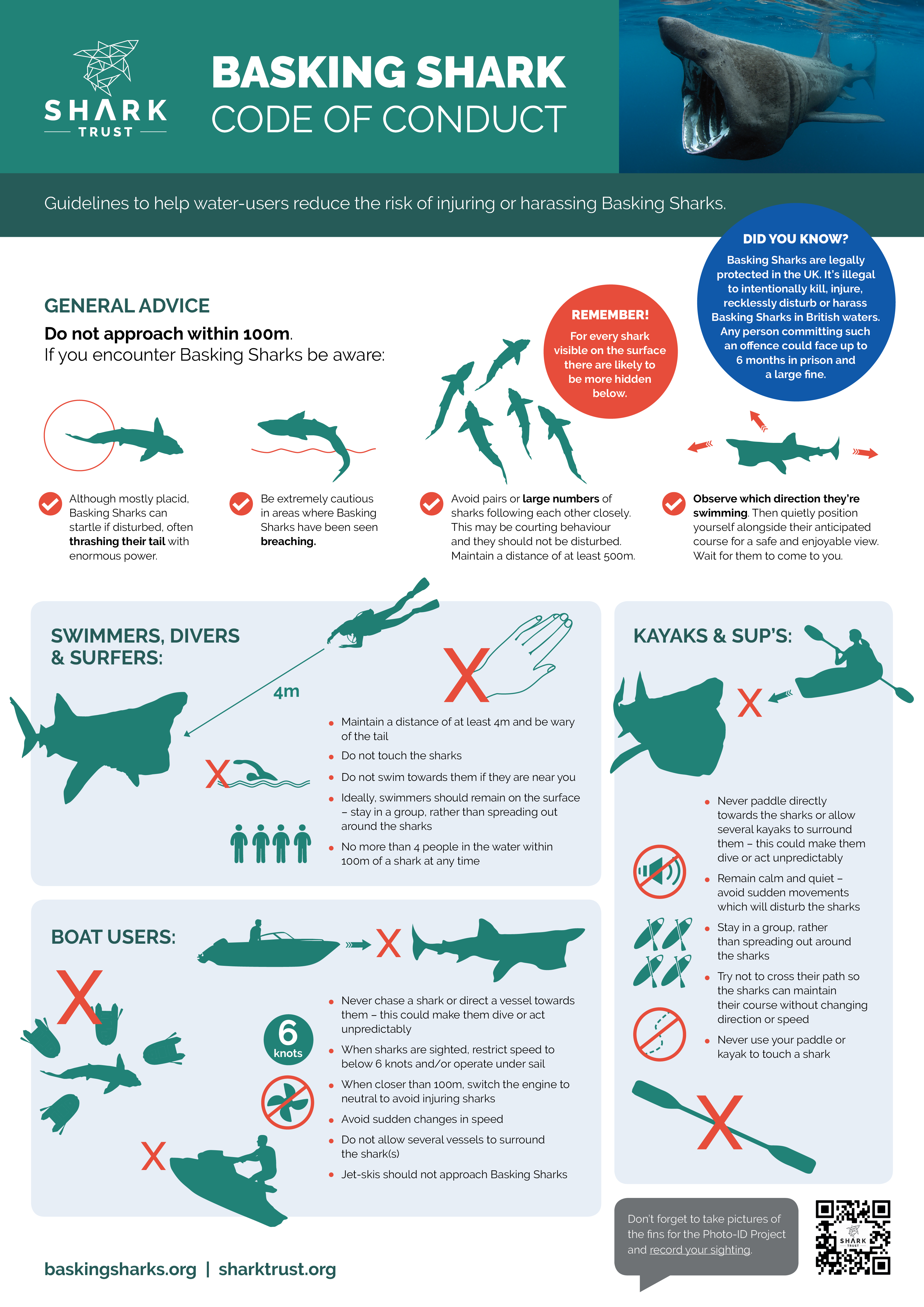 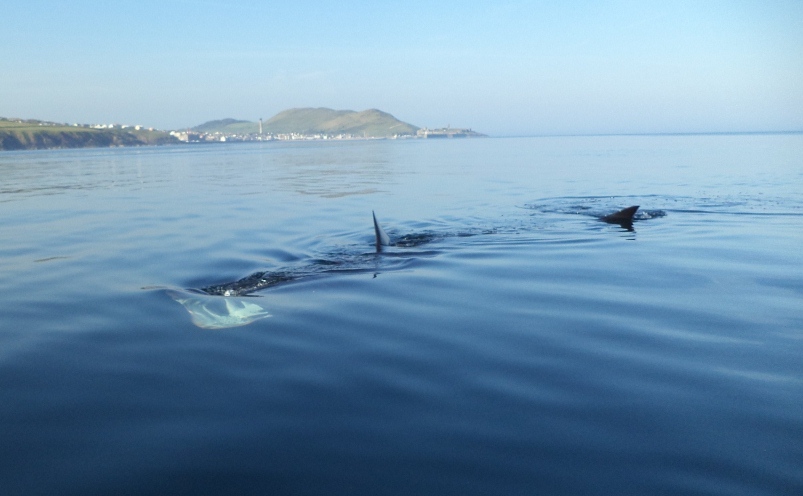 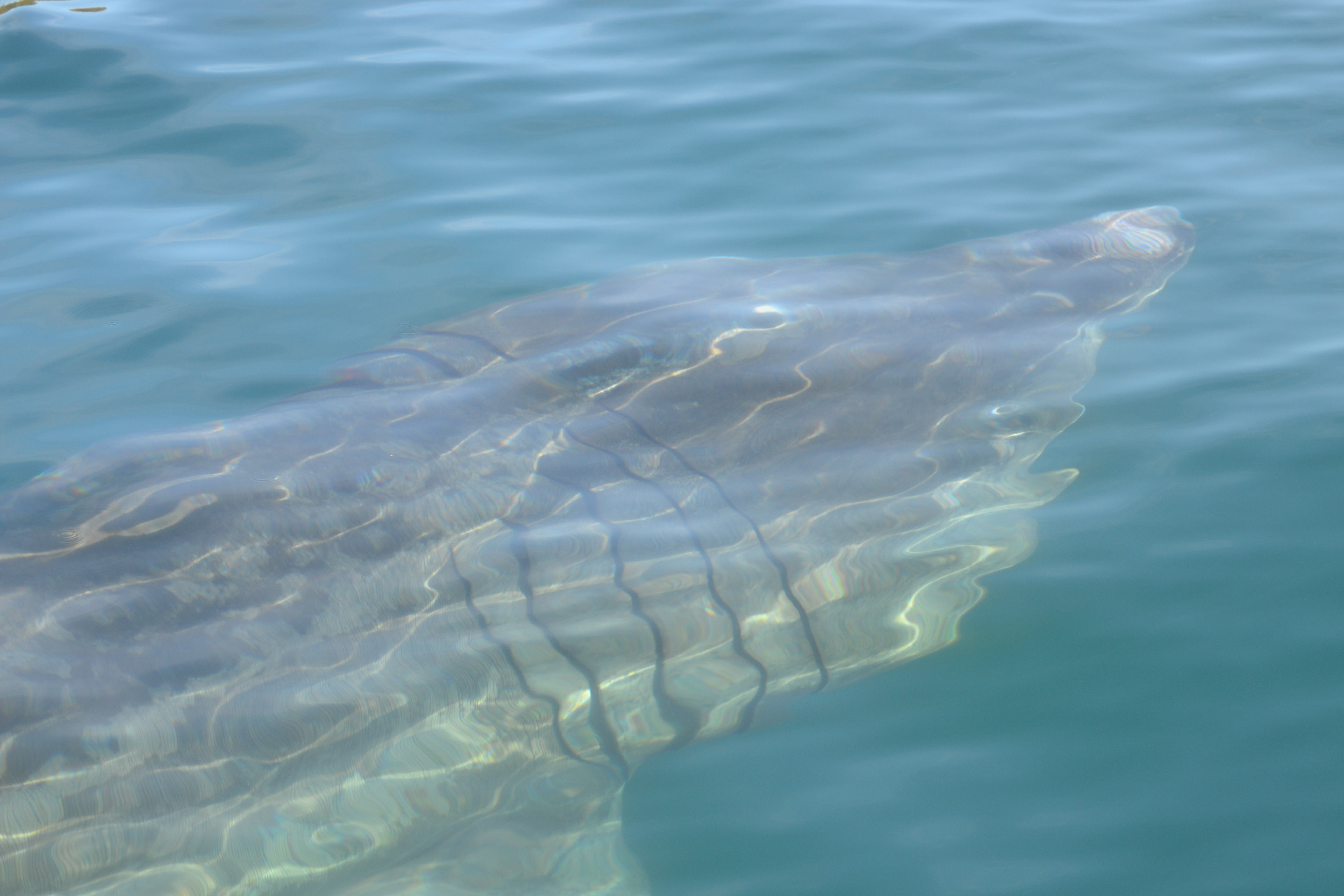 Switch off your engine and allow the shark to come close if it chooses to. This shark came right underneath the research vessel. Photo: Anna Bunney