Manx Whale and Dolphin Watch is often approached by the media to film cetaceans in Manx waters and talk about our work. We regularly talk on local radio stations and write articles for local newspapers and magazines. Below are just a few examples of notable appearances.

Jen speaks about the work of the Manx Whale and Dolphin Watch, their show in the Villa Marina, the role in which Culture Vannin played and what we might do to help the important marine life all around us

Outreach and Education manager Jen talks about the importance of Manx waters for marine life, why our seas are so diverse and how the local community are getting involved

Jen chats to presenter Beccy Barr as she explored the Island, it’s history and future

Our very own ‘Dolphineers’ were filmed doing a land-based survey and talking about our work.

Zoologist Miranda Krestovnikoff joined us aboard our research vessel and encountered a pod of Risso’s dolphins.

The episode tells the story of how John Galpin first discovered the diversity of cetaceans around the Isle of Man and went on to start Manx Whale and Dolphin Watch. Whilst filming we encountered a pod of Risso’s dolphins and a large Basking Shark.

We would love to hear from any media organisations who would be interested in filming with us in our exceptionally diverse waters. Please get in touch on our contact page. 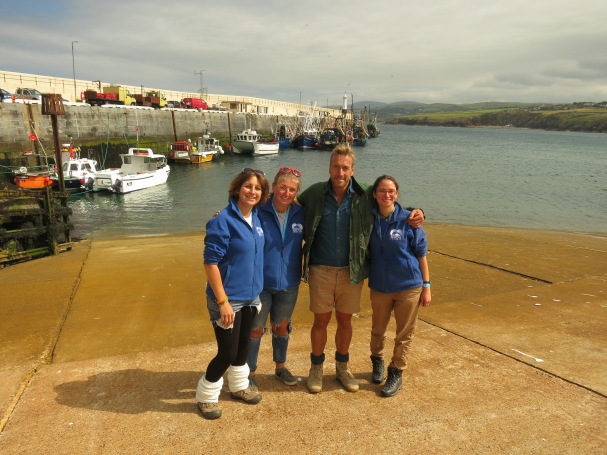