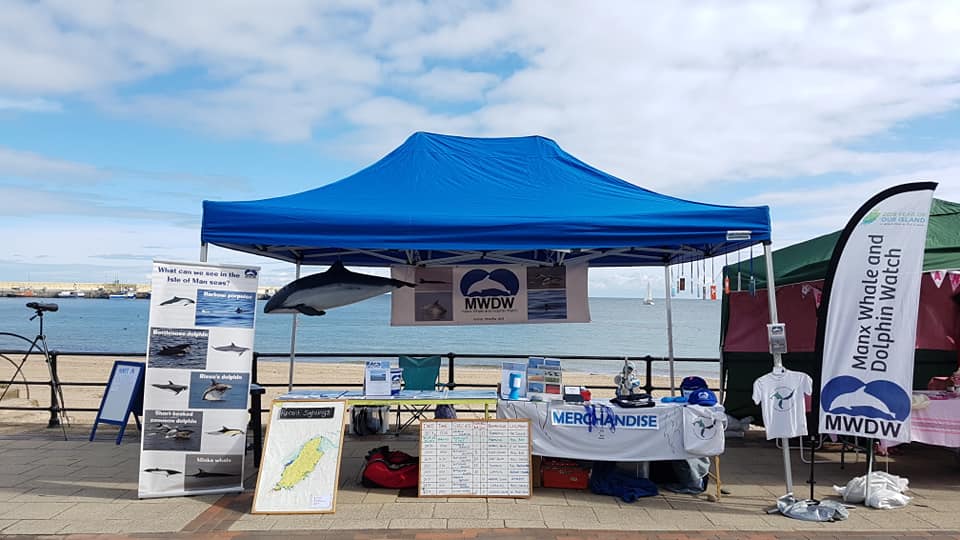 Greeting fellow cetacean lovers! It has been a while since the Manx Whale and Dolphin Watch have updated you on our life and what we have been doing so without further ado, let’s take a dive straight into it!

On the second of August, the annual Peel Carnival was held down on the Peel promenade. It was said that this Peel Carnival had the biggest attendance ever since it first started, we can’t blame anyone for wanting a bit of fun outside of home. Manx Whale and Dolphin Watch had a stall in the carnival where we basically educated people about the cetacean life around the Isle of Man and where we had little kids’ activities and our famous merchandise for sale. We were quite popular, especially when our special guest had arrived.

Yes, ladies and gentleman. The famous Moonlight and her calf Starlight had arrived in Peel Bay around two in the afternoon and they were certainly the centre of attention. Moonlight and her calf had been the topic of almost every single conversation that happened between the MWDW staff and the public so you can only imagine the joy that these two brought when they made their flashy appearance. It was apparent that they had been hunting for food around the bay and stayed around for nearly two hours before disappearing into the vast oceanic depths of the Isle of Man Sea. Now, I assure you, we did not plan for this to happen, especially right behind the stall! It was a lovely day, and an even lovelier moment to see the residents of this small island come together and spend time in another’s presence. Thank you Moonlight and Starlight! Gotta go now, we are in need of some Vitamin Sea! 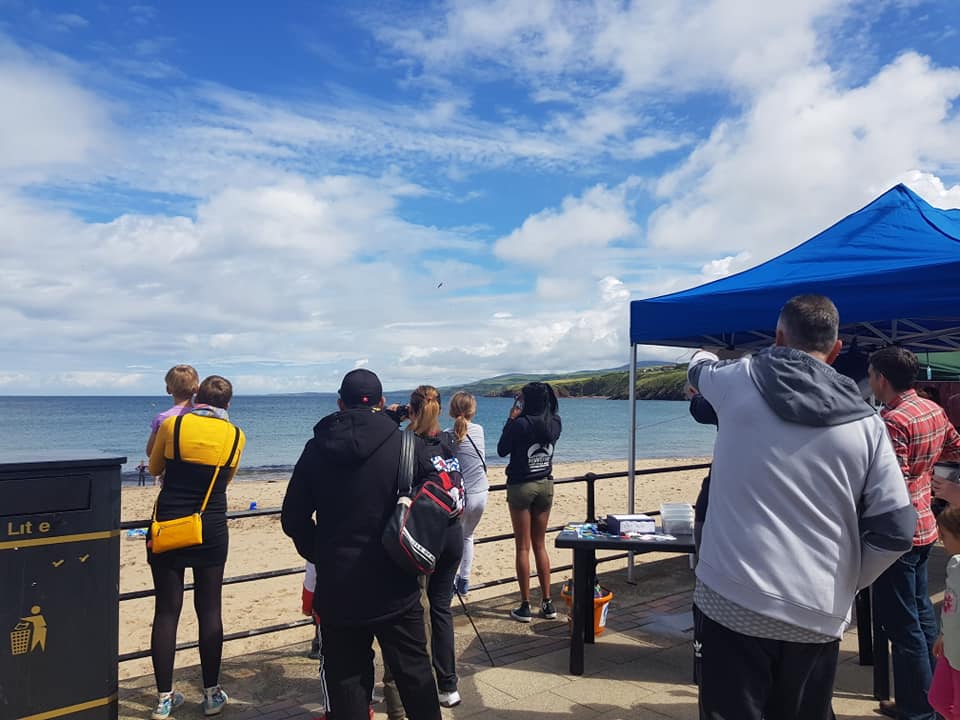