MWDW takes on the work of Manx Basking Shark Watch 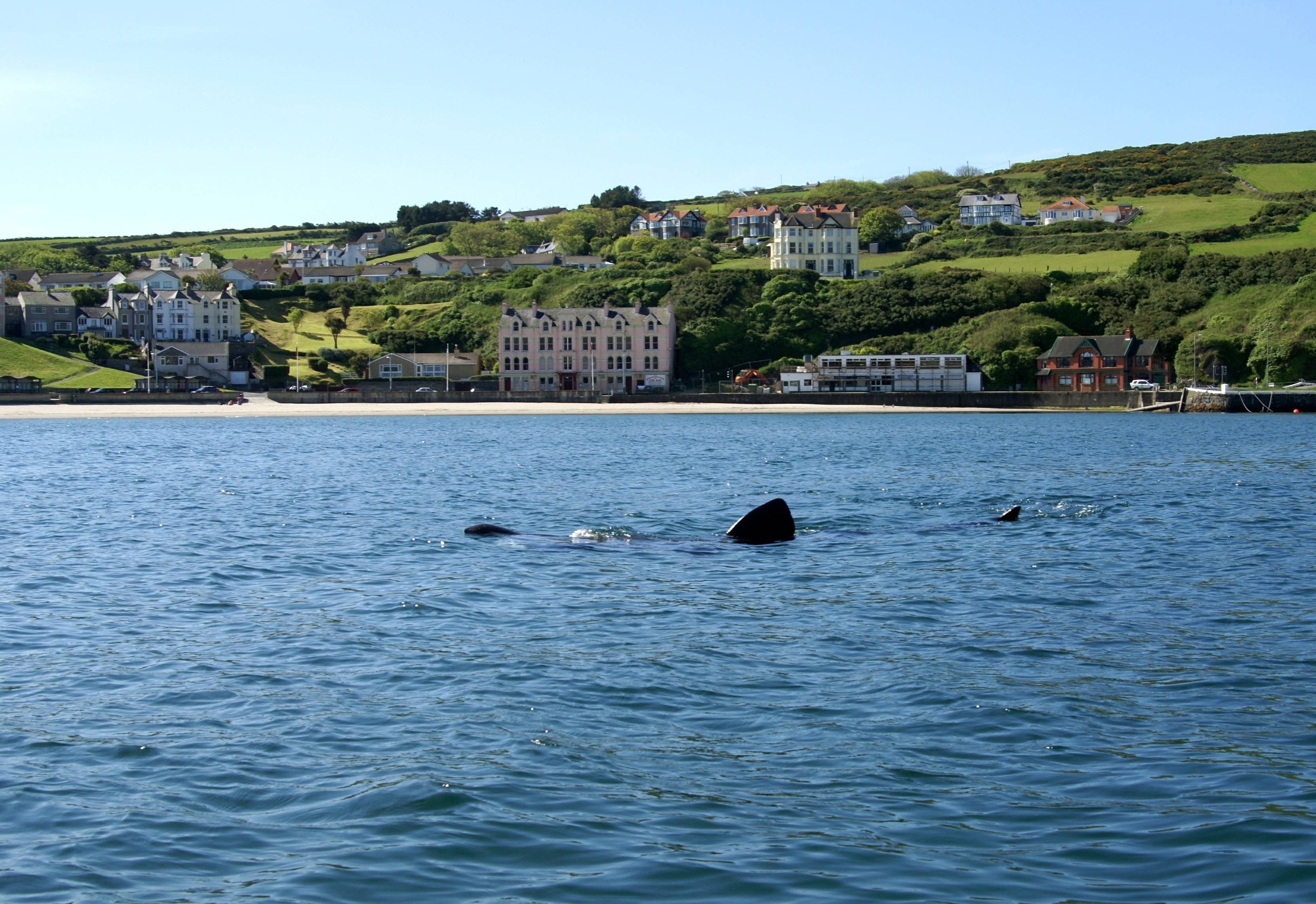 Jackie and Graham Hall from Manx Basking Shark Watch, who have been researching these gentle giants for the past 18 years, are handing over the reins to make way for a well-deserved retirement.

Manx Whale and Dolphin Watch (MWDW)  are incredibly excited to be taking responsibility for collecting public sightings reports of basking sharks. Manx Basking Shark Watch has collected public sightings data since 2005 and it is extremely important that this citizen science data set continues into the foreseeable future, enabling scientists to evaluate fluctuations in the numbers of basking sharks seen in Manx waters. Over the past few years, shark numbers have been in steep decline around the Isle of Man, and so it is imperative that the public sightings database continues.

Manx Whale and Dolphin Watch have been studying cetaceans (whales, dolphins and porpoises) in Manx waters since 2005 and have always worked closely with Manx Basking Shark Watch to exchange sightings and data. The charity has now successfully incorporated basking sharks into their remit and added a new section on their website www.mwdw.net with a dedicated report form for all basking shark sightings. All sightings and photographs/videos of basking sharks should now be reported to MWDW, as well as any cetacean sightings.

Over the years, Manx Basking Shark Watch has deployed 31 tags and collected DNA samples to establish the range and distribution of Manx sharks. The findings were extraordinary: Most of the tagged basking sharks displayed a north to south annual migration, heading south as the water cooled after the summer, some over-wintered in the Celtic Deep, one crossed the Atlantic to Newfoundland, and another travelled to Morocco two years running. The genetics study established a new basking shark population estimate for Manx and NE Atlantic populations and explored the degree of genetic mixing of the Irish, Scottish, Manx and global basking shark populations. Various scientific papers have been written about these findings and these can be requested by contacting MWDW.

With the closing of Manx Basking Shark Watch, all tagging and DNA work will stop in Manx waters, with all remaining satellite tags handed over to Irish scientists. Incredibly, all 6 of these tags were deployed just last week (end of April 22) off Achill Island, on the west coast of Ireland.

You can visit the MWDW Visitor Centre on Michael Street in Peel on Saturdays 10-4 and during school holidays.