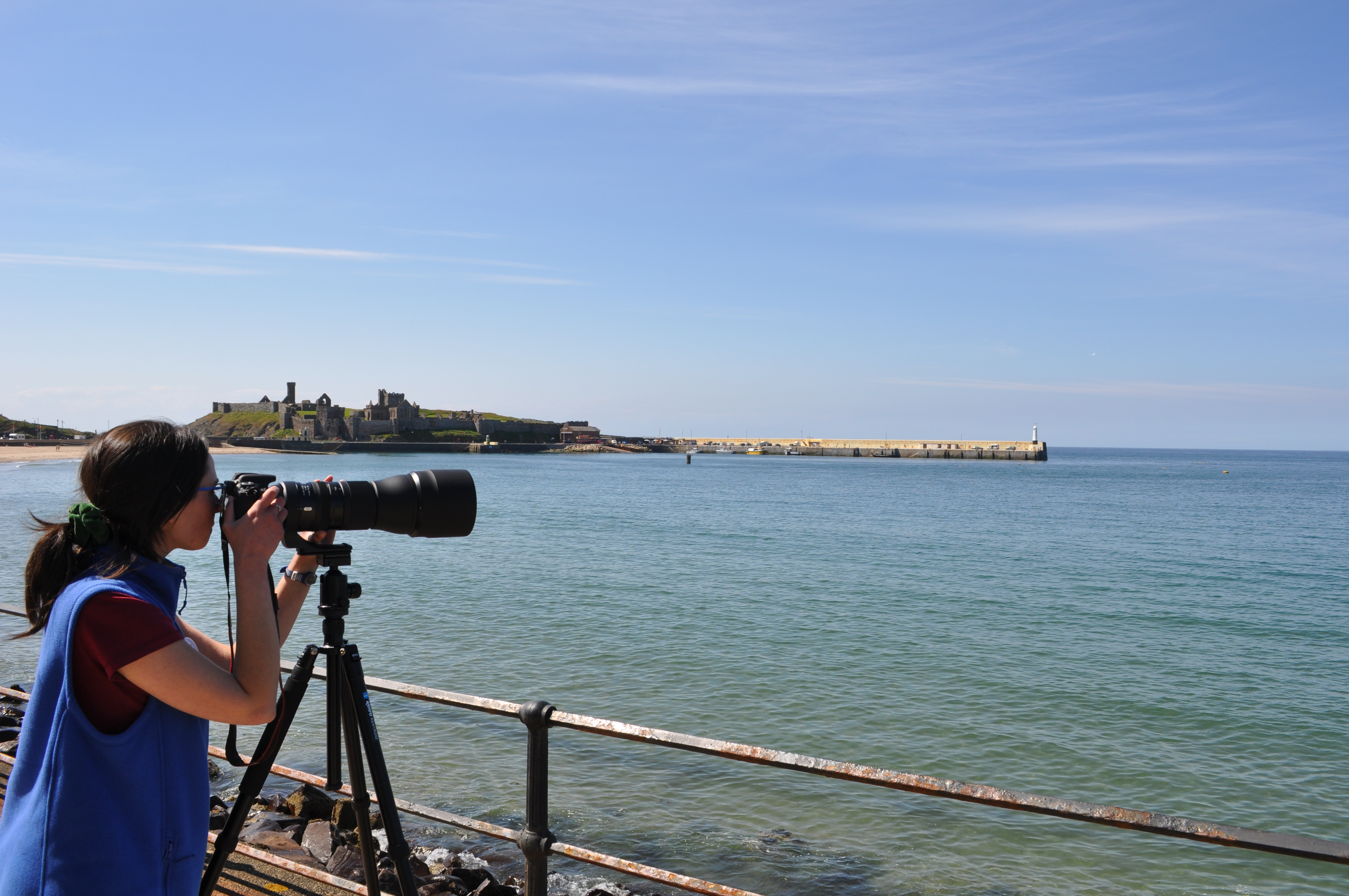 With support from the Manx Lottery Trust, Manx Whale and Dolphin Watch have been able to purchase a Tamron 150-600mm lens and tripod for our Canon DSLR camera, to enable us to take long range photographs of cetaceans (whales, dolphins and porpoises) whilst out on our regular land-based surveys.

Photo-identification is a non-invasive method of recognising individual animals by looking at the unique cuts and scars on the dorsal fin. Good quality images allow researchers to match animals with existing catalogues to see how often they are using a particular area within their study site and where else around they travel to over a broader geographical range.

The Tamron 150-600mm lens is currently used by a fellow researcher, Holly Dunn, working in Pembrokeshire who has set up the world’s first land-based photo-identification catalogue of Harbour porpoises, see here: Peoples-Porpoise-Project-Photo-ID-Methods. The incredible range on the lens allows Holly to take remarkably detailed photographs of these small animals from her coastal location, identifying 136 individual animals in just four years.

MWDW have been collecting photo-identification data from boat-based surveys since 2007 using a smaller 75-300mm lens. However, due to weather restrictions and vessel related issues, we have struggled in recent years to gain enough photographs as opportunities to conduct boat surveys are sporadic. Land-based surveys are much more frequent, often taking place on consecutive days if the wind speed is less than 10mph. Since 2007, an average of 200 hours per year of land based surveys have taken place. We even managed 75 hours in 2020 when Covid restricted our research opportunities.

With a powerful camera set up on these surveys, we are potentially be able to gain hundreds of high-quality photographs per year of our five key cetacean species, providing us with robust understanding of how cetaceans are using specific bays and headlands around the Island and where else they travel to. MWDW has data sharing agreements in place with cetacean research groups around the British Isles, allowing us to compare images between regions, which can tell us where our individuals travel to and from. We currently know, for example, that some of our Risso’s dolphins travel to Bardsey Island and Anglesey. One individual has been seen as far away as Penzance in Cornwall. We also know that a large number (but not all) of our winter visiting Bottlenose dolphins, spend the summer in Cardigan bay, Wales. We still, however, have huge gaps in our image dataset, as we only gain a limited number of good photographs per year from boat-based surveys.

As cetaceans are at the top of their food chain, they are known as an indicator species, providing us with an understanding of the overall health of the habitat in which they live. Frequent sightings of returning individuals indicates that the overall state our marine environment is good; offering a productive and safe place to feed and bring up their calves. On the other hand, if a population decreases, or previously regular dolphins fail to return, this can indicate that something negative may be happening in our marine environment.

As all five our key species are regularly sighted close to shore, this project has so much potential to become an integral part of our research work, feeding into government reports and proving evidence to support further protection for cetaceans in Manx waters. Additionally, these photographs can be used to promote the Isle of Man as a sustainable cetacean watching hotspot. We are so excited for the potential this project has, and we are absoloutely thrilled that the Manx Lottery Trust are once again supporting our work. 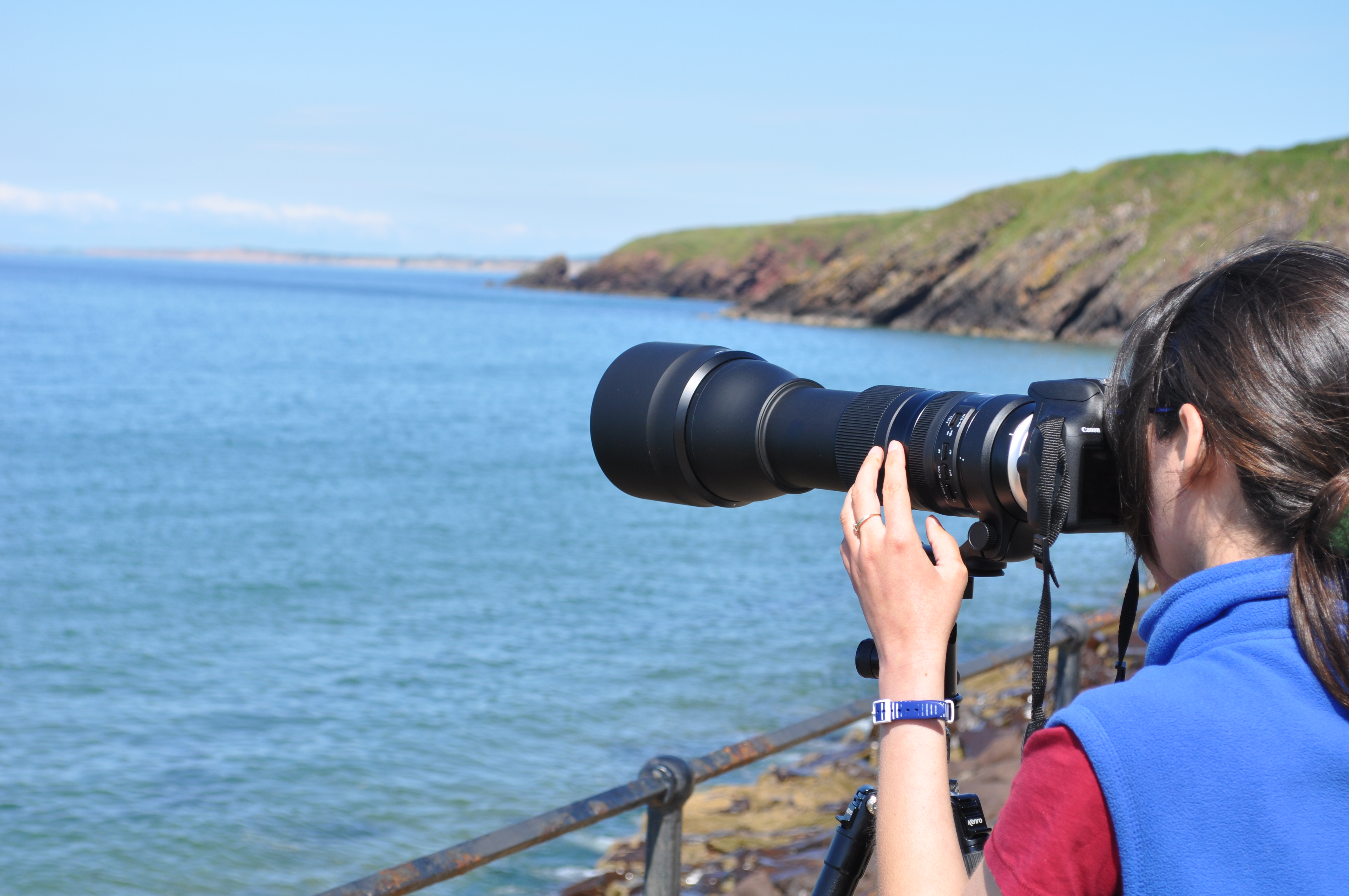 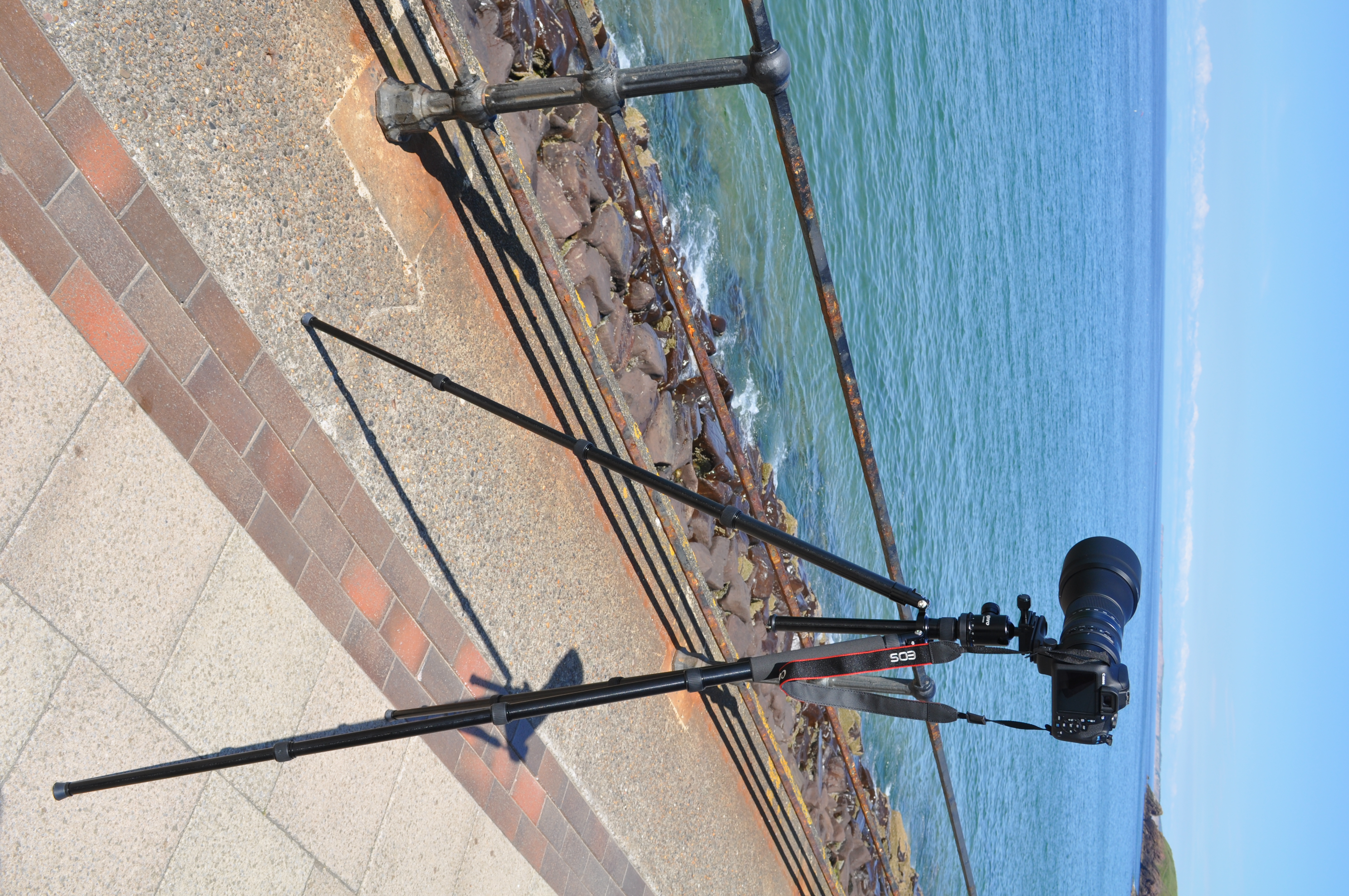 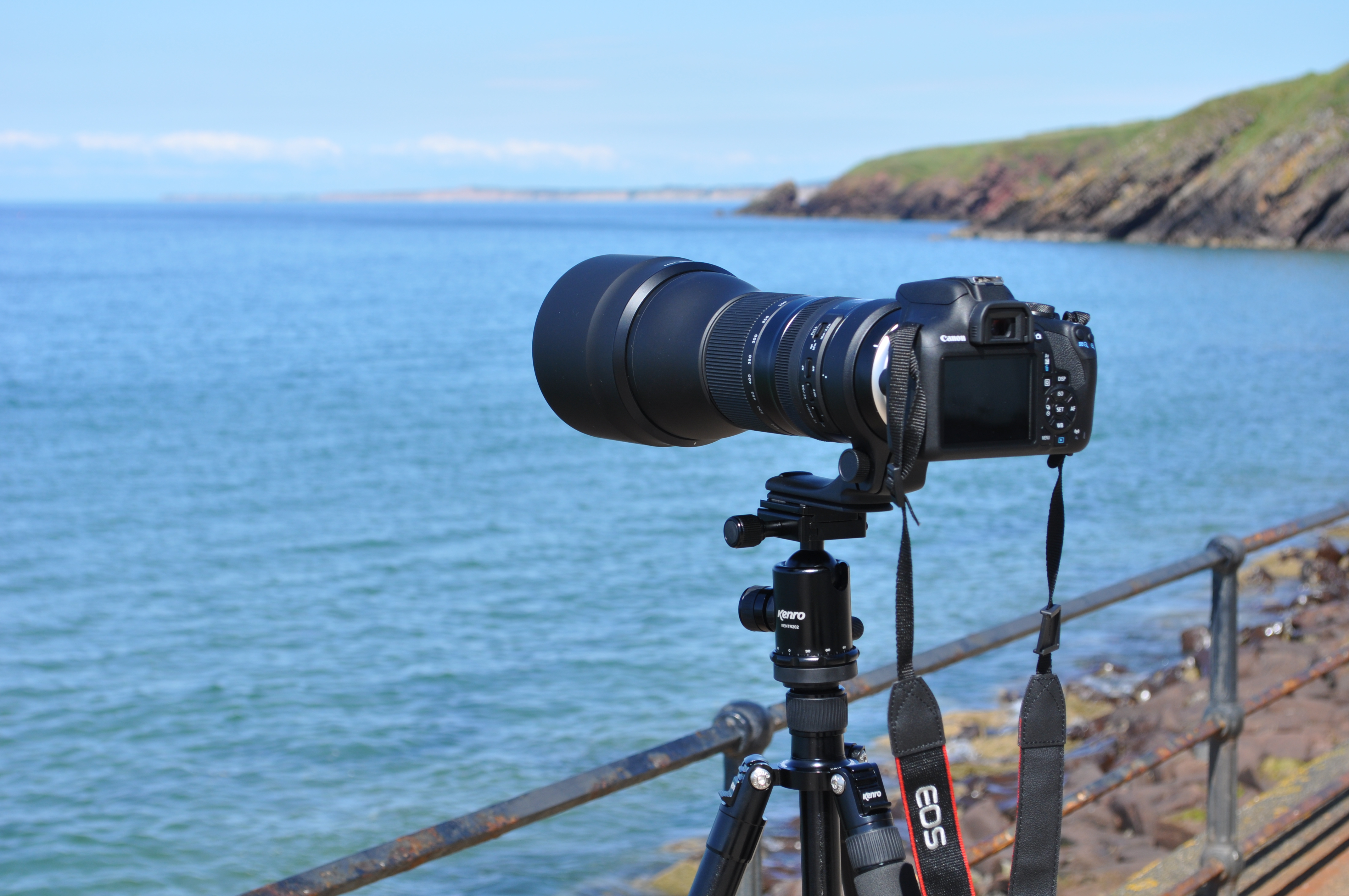 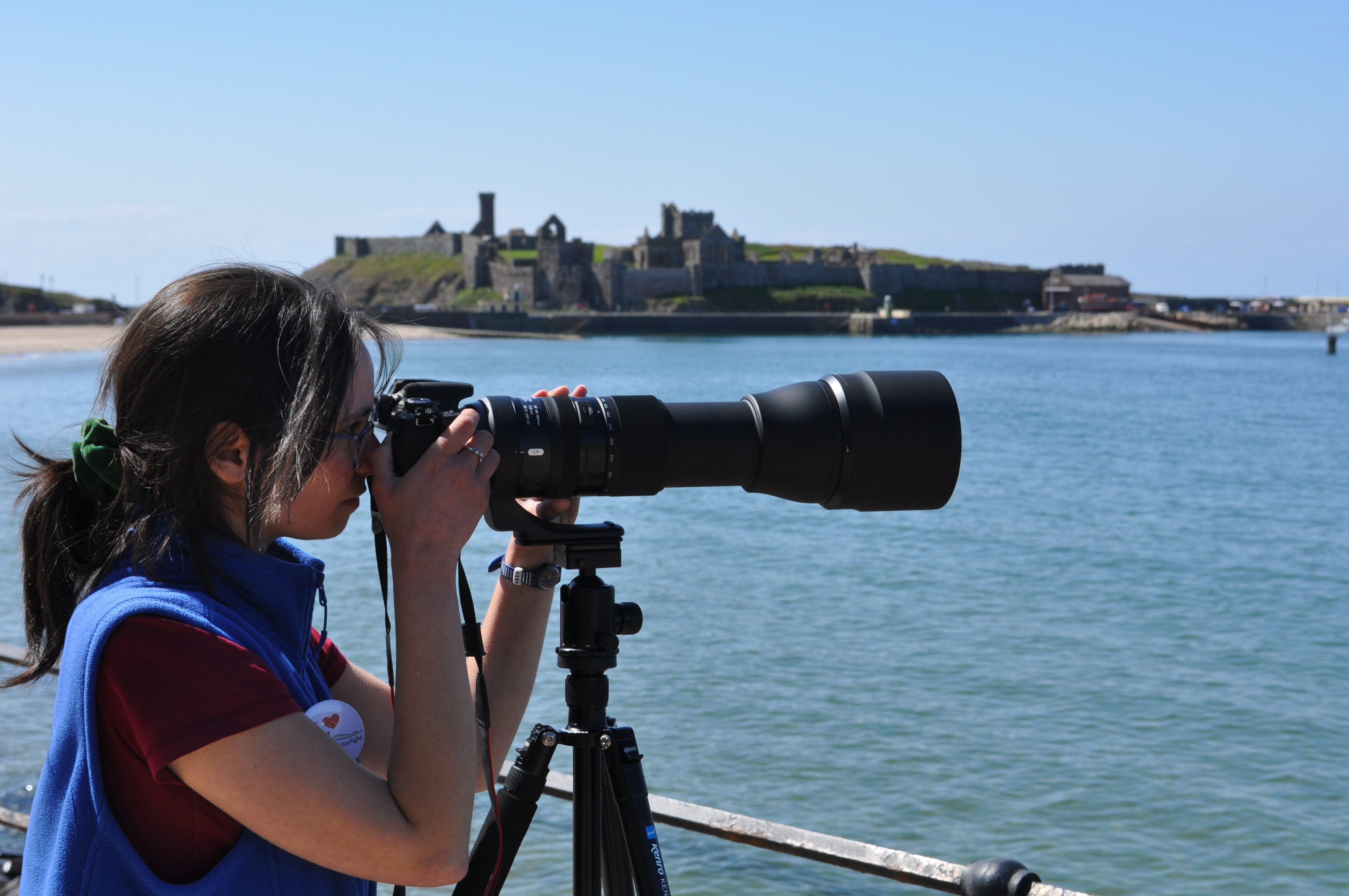