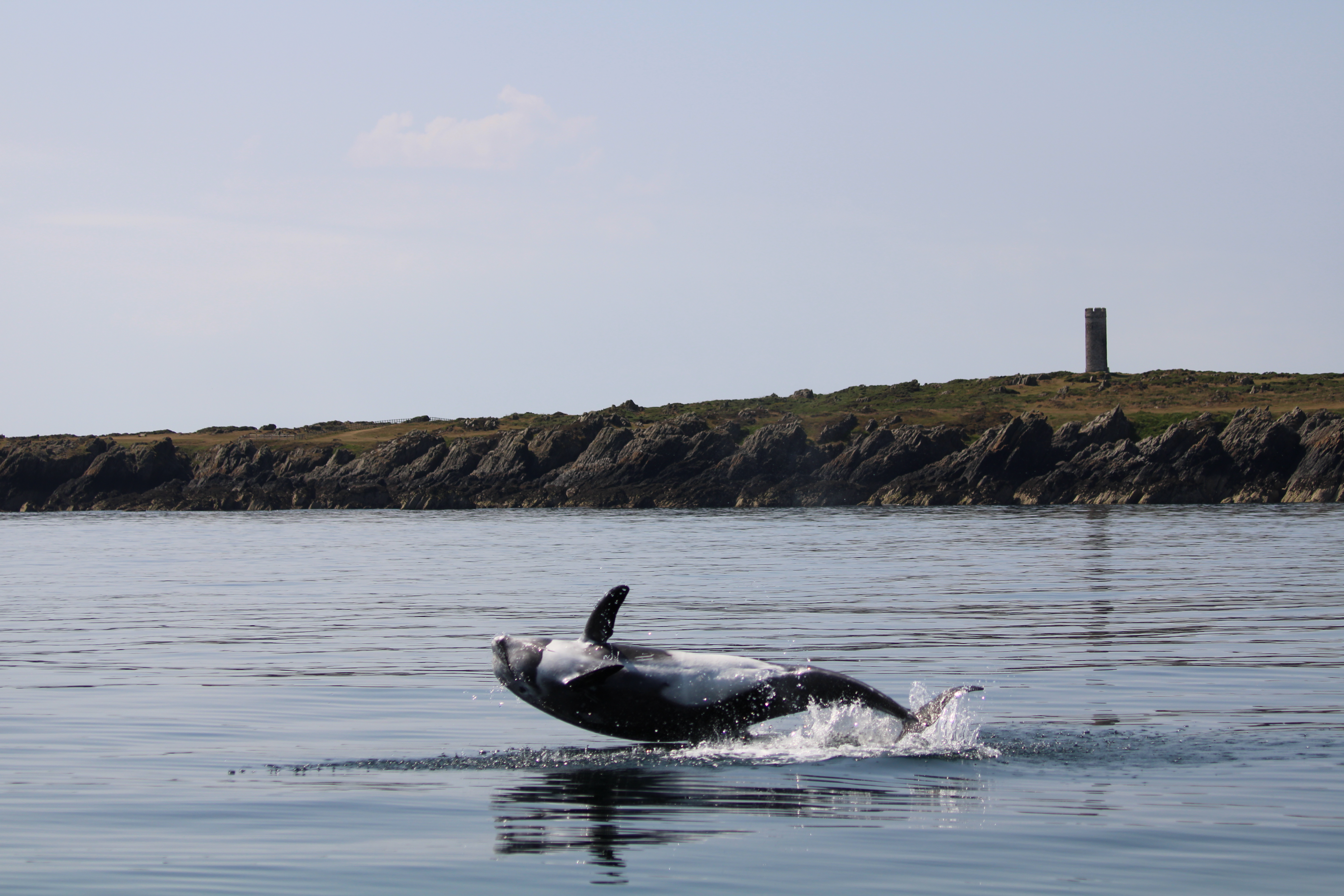 On Monday 19 July 2021  we encountered 7 Risso’s dolphins off Langness, on the south east coast of the Isle of Man, and one of these dolphins was very special indeed. The first thing that struck us was the size of the dolphin; we have seen countless Risso’s over the years, but this one seemed much bigger than usual. He swam around our stationary boat, barely a scar or scratch in sight, but with an overall grey tone and a paler grey streak along the flanks, unusual colouration for an adult Risso’s. He breached clear of the water, right in front of the boat, giving us a good look at the distinctive Risso’s ‘anchor’ shaped pattern on the underside, as well as a small stubby beak! – Risso’s dolphins do not have a beak remember.

Contact was made with fellow Risso’s researcher Nicola Hodgins working from the nearby Isle of Lewis, who has documented Risso’s/Bottlenose hybrids in her study area. She has even produced a peer reviewed paper on them. After a long discussion and swapping of images and video, Nicola and her colleagues confirmed that our dolphin is “highly likely” to be a hybrid! She explained that some hybrids predominantly resemble Bottlenose dolphins, but with some Risso’s features, whereas others predominantly resemble Risso’s but with Bottlenose features, as is the case with our hybrid. It has a Risso’s body and head shape, but with a squat beak and Bottlenose shaped dorsal fin. Colouration is akin to a young Risso’s (grey with paler grey streaks on the flanks) but this was fully grown. This colouration is also similar to that of the uniform grey Bottlenose dolphin.

This is a first for Manx waters and only the second hybrid seen outside of the Isle of Lewis, the other being off Bardsey. Nicola is the only person studying hybridisation of these two species and no other examples exist, to our knowledge, with the exception of a couple in captivity. 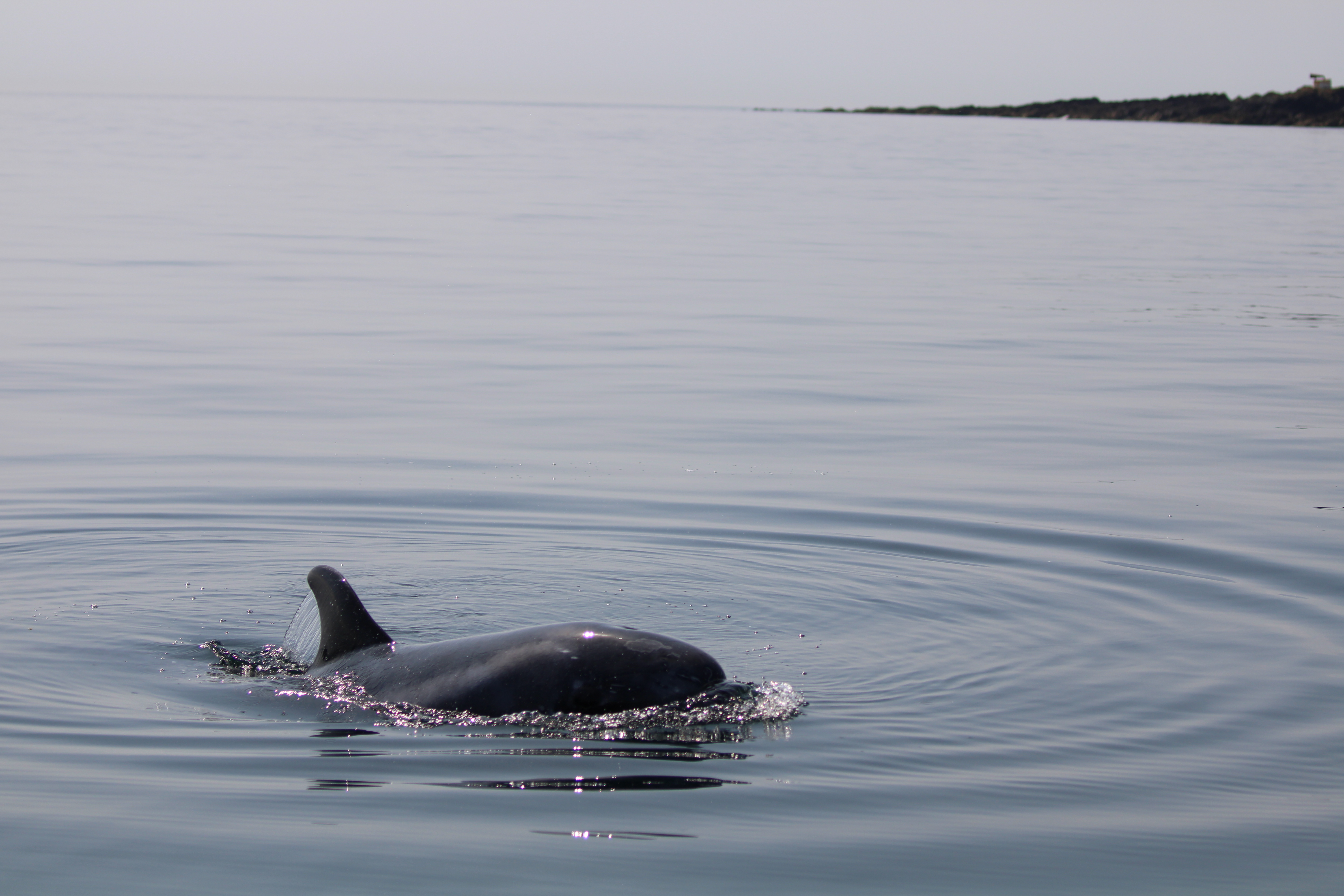 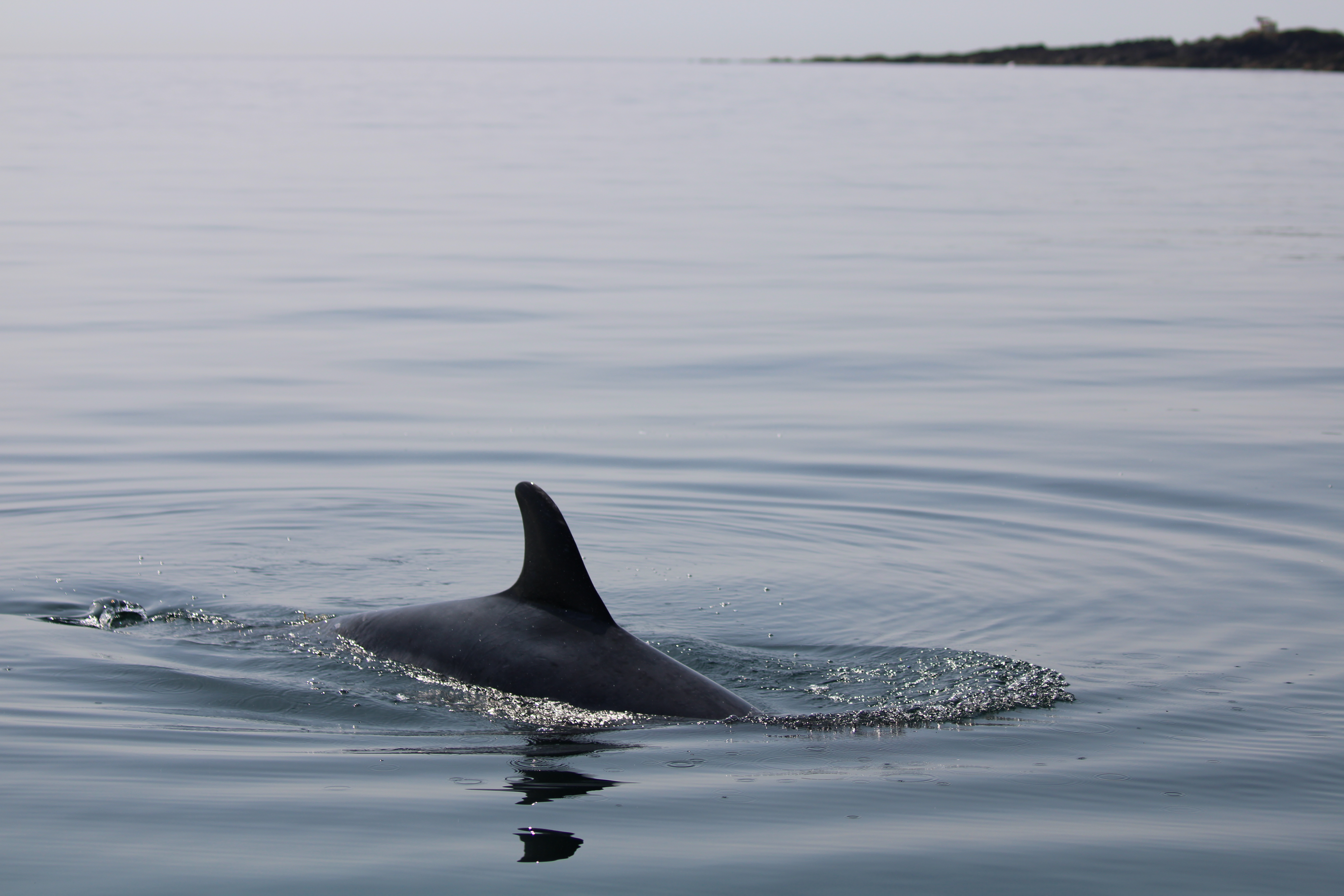 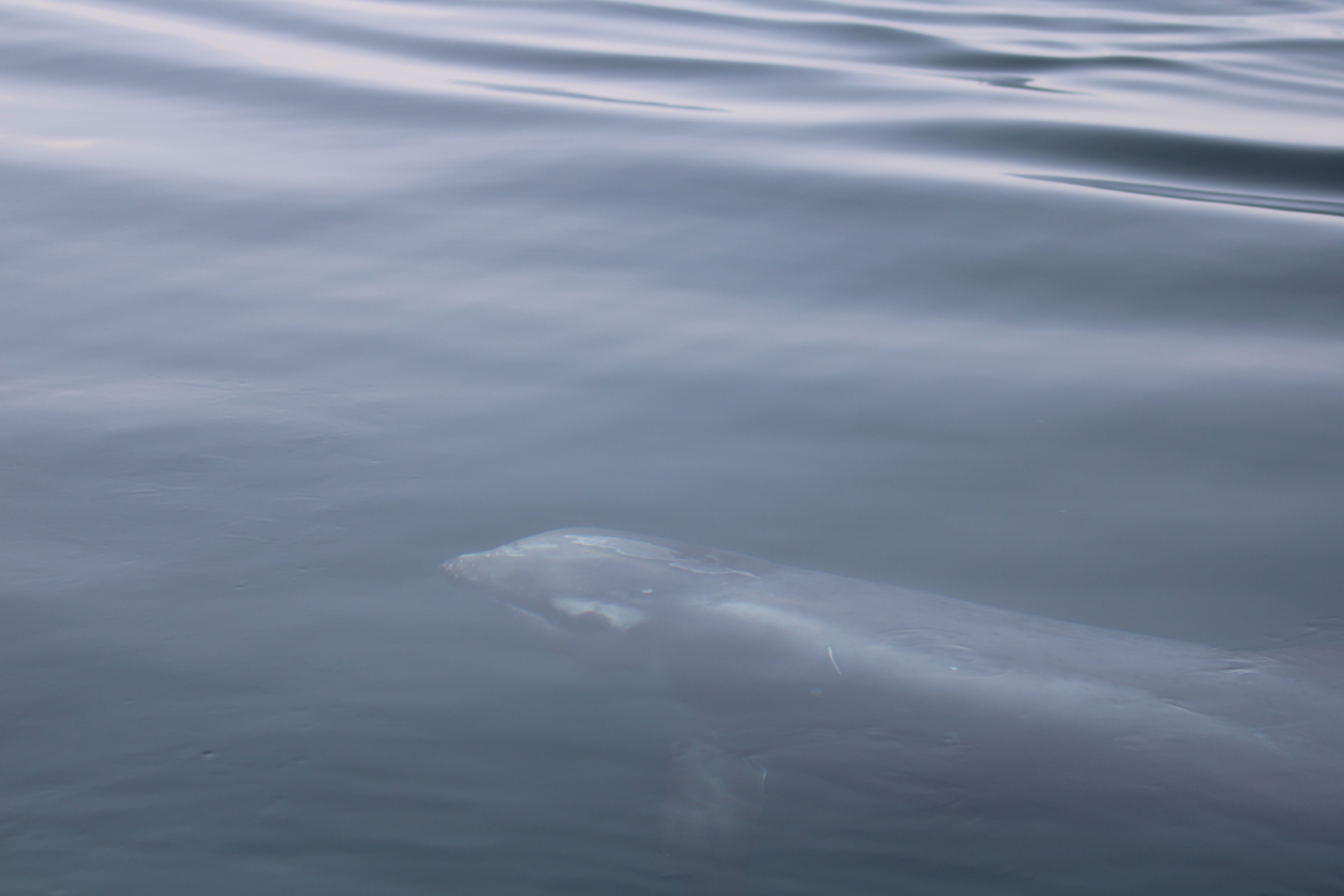 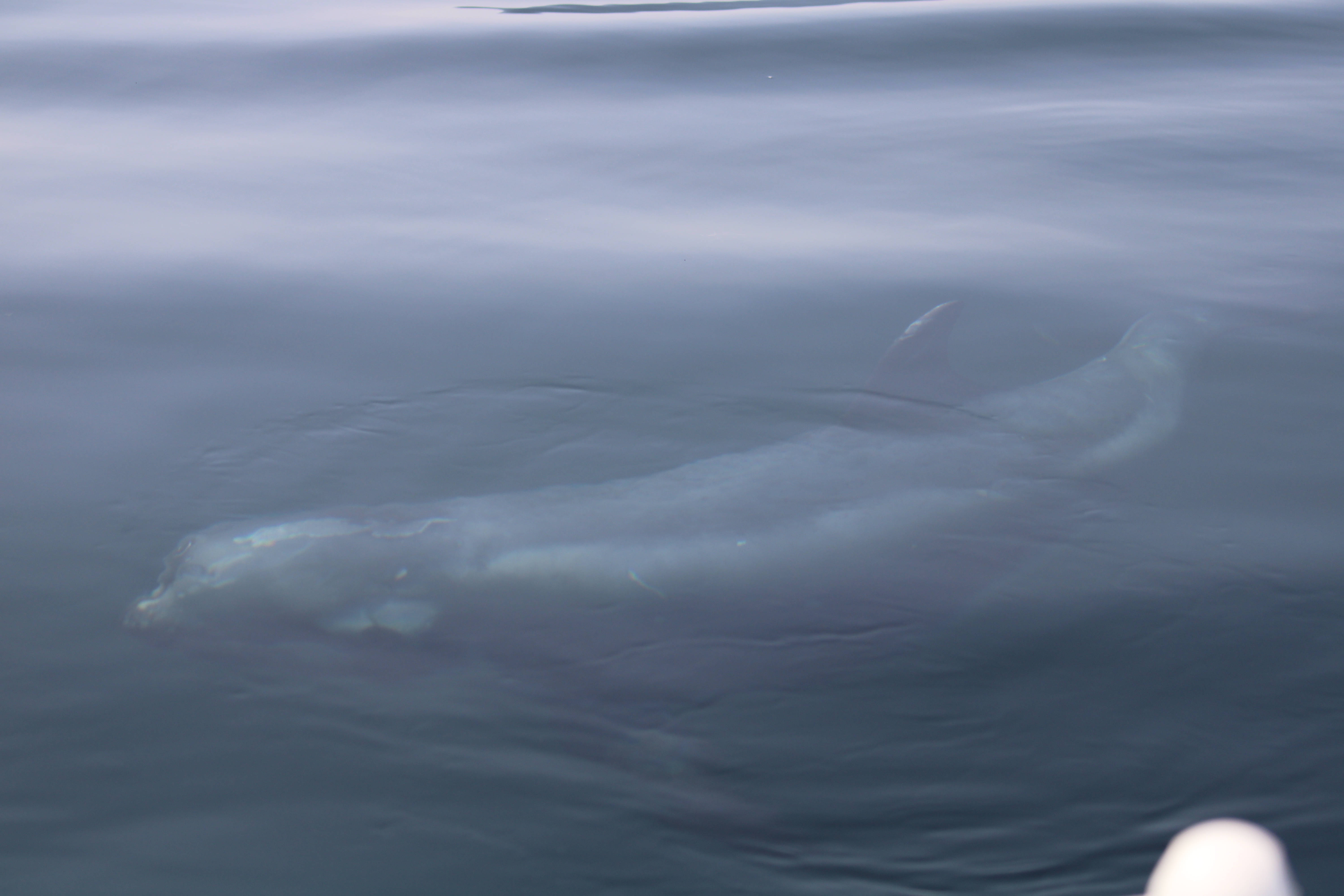 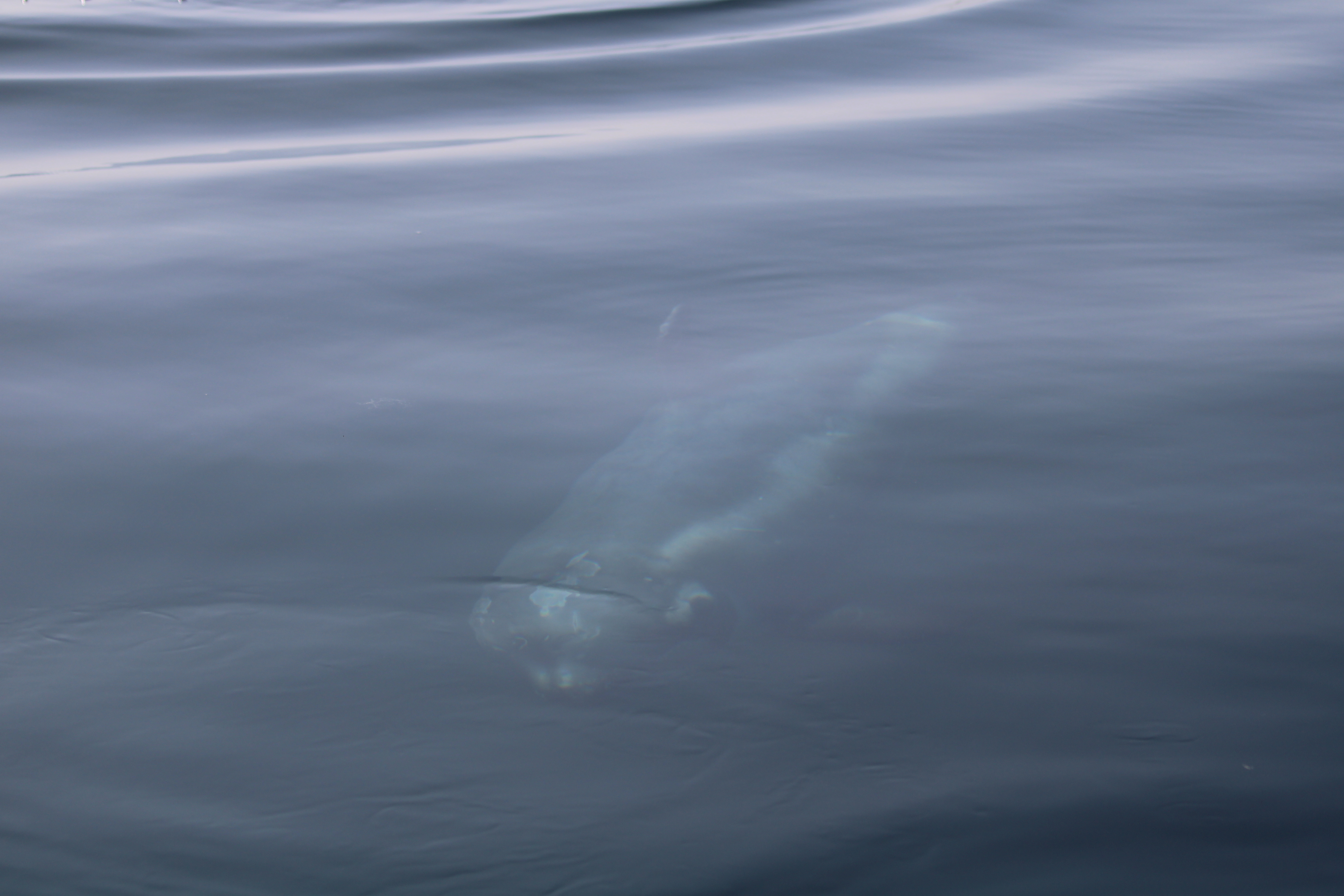 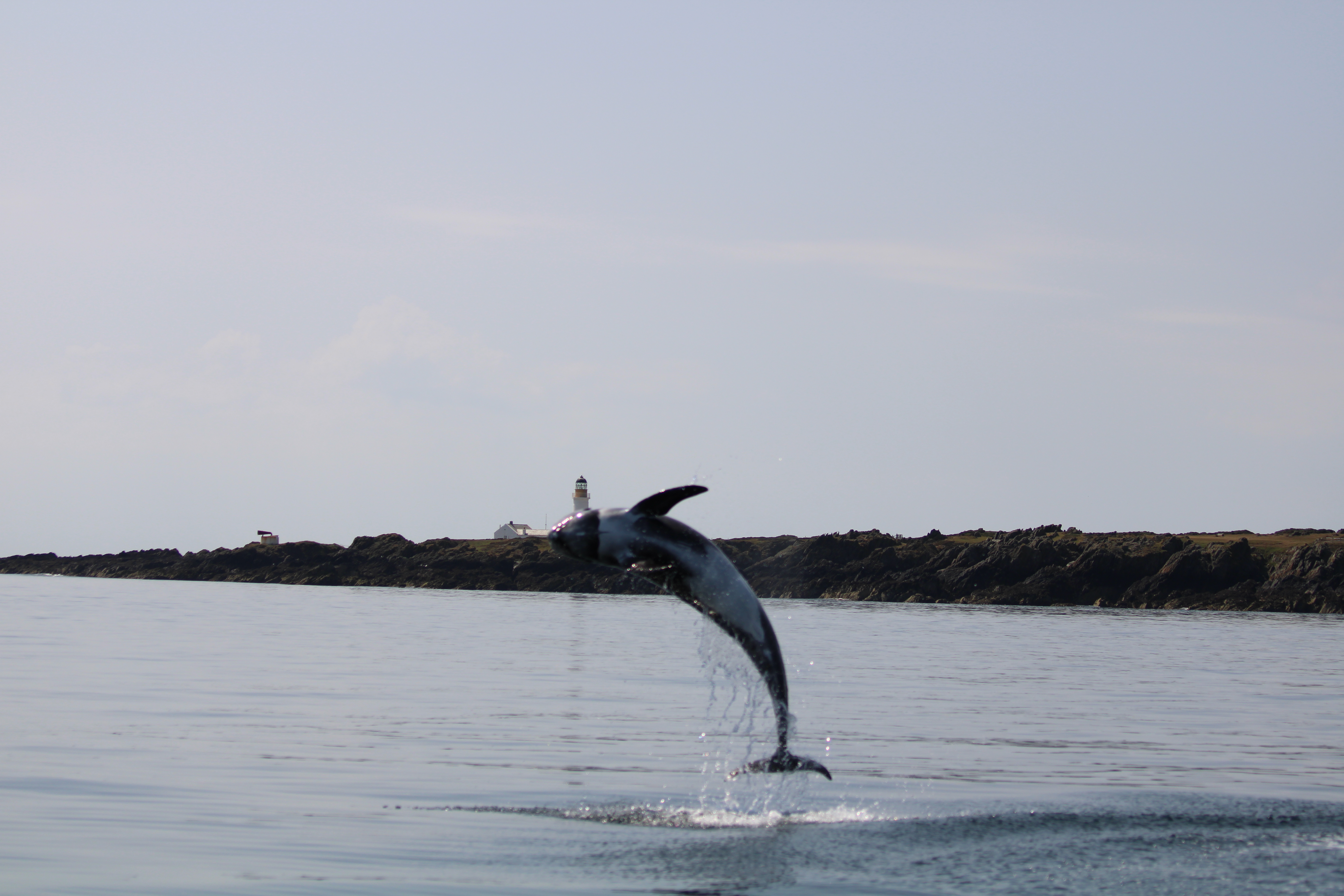