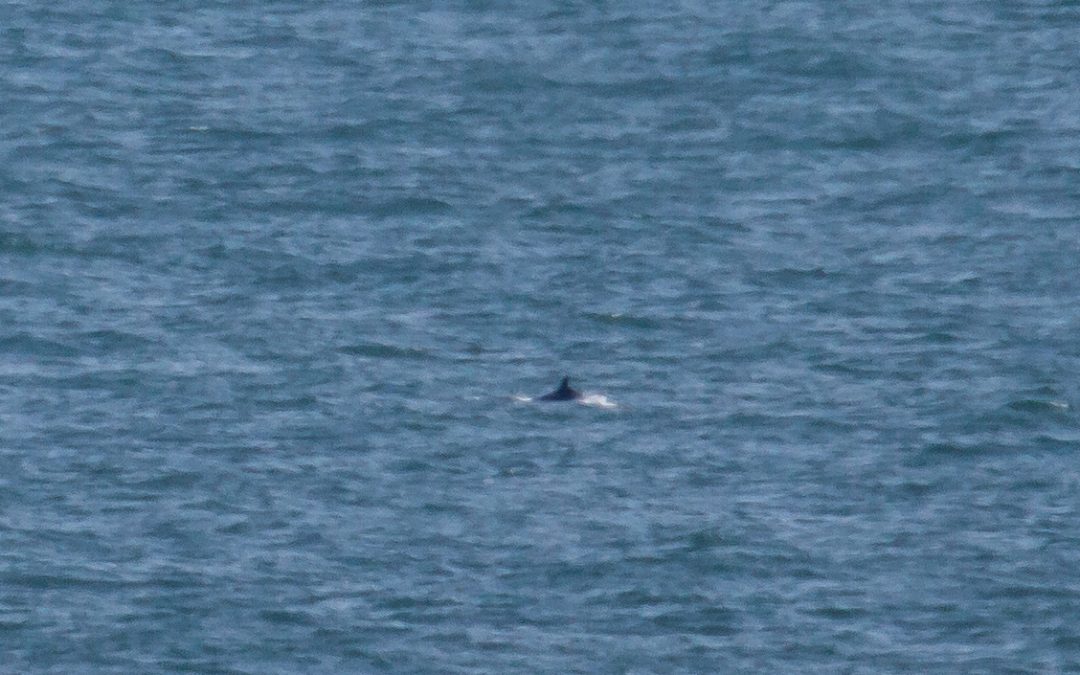 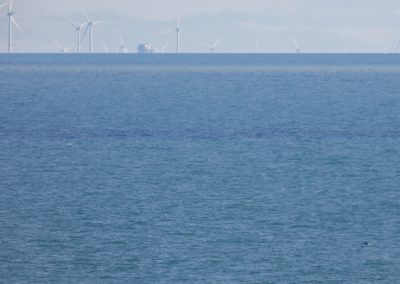 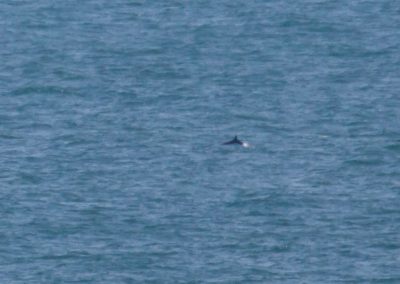 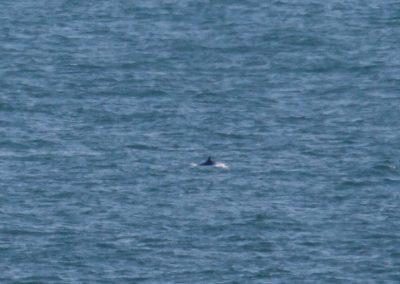 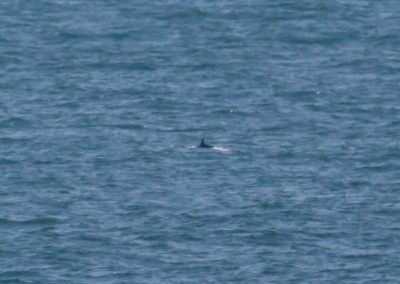 On 20th September 2020, during Minke whale season, MWDW were conducting a land-based survey at Marine drive and spotted 2 whales which we suspect to have been Sei whales Balaenoptera boralis. A species rarely seen in Manx waters.

The whales were seen foraging in the same area for around 2 hours and were at an estimated distance of 3 miles offshore, it was a choppy force 4 but visibility was excellent. Luckily cameraman Gareth Pinckard was there with a powerful lens and obtained these 4 images of the whale.

The first give away that these were not Minke whales was the large blow they were producing, which occurred sporadically and not with each surface. Not to mention the size of these whales, at the distance they were offshore there was no chance of spotting an 8m (26ft)  Minke whale. Sei whales can reach 19.5m (64ft). Their behaviour was different to what we are used to observing with Minke’s; they appeared to spend most of the time near the surface and most of the time all we could see was the very top of the back and the tip of the dorsal fin, rather than a full back and fin like we see with Minke. Additionally, Minke’s usually surface 5 times before diving for up to 15 minutes, but these animals stayed in view for the entire 2 hours.

Sei whales are predominantly surface skim-feeders, which is just as it sounds, skimming along just beneath the surface, using their baleen plates to filter out small fish and zooplankton. They do not lunge or gulp as other rorquals do (minke, humpback, min etc). They are also one of the fastest cetaceans, reaching speeds of 34 mph.

Sei whales are not often seen or recorded in the Irish sea, and this is the first time MWDW have knowingly seen one in our 14 years of research. They are an extremely difficult species to tell apart from other rorquals as they are easily mistaken for a large Minke or a juvenile Fin whale. The 3 species look very much alike, the only slight difference being that the dorsal fin of a Sei is larger and fairly tall for a rorqual. Due to the size of the 2 animals we observed, along with the visible blow, the only other possibility would be Fin whale. However, we are fairly confident that behaviour resembles Sei along with the size of dorsal fin in the photographs of the dive sequence.

The skeleton in the Manx museum is that of a juvenile Sei whale which stranded at Derbyhaven in 1925. Very little is known about Sei whales in British and Irish waters as they are incredibly difficult to study.