Collaboration with other organisations can tell us whether individuals have been observed in different areas around the British Isles and beyond. In April 2015, ‘Marine Discovery Penzance’ a research organisation in Cornwall, photographed a Risso’s dolphin which we were able to recognise from a photo taken in Manx waters in 2014, a distance of over 300 miles. These photo’s are of ‘General Muck’, number 1 in our Risso’s dolphin well-marked catalogue. He has been seen in Manx waters every year from 2007-2013. Has been seen more often than any other individual, a total of 19 times. We currently have photo-ID catalogues for Risso’s dolphin, Bottlenose dolphin, Short beaked common dolphin and Minke whale from 2007. If you would like to view our catalogues please get in touch. 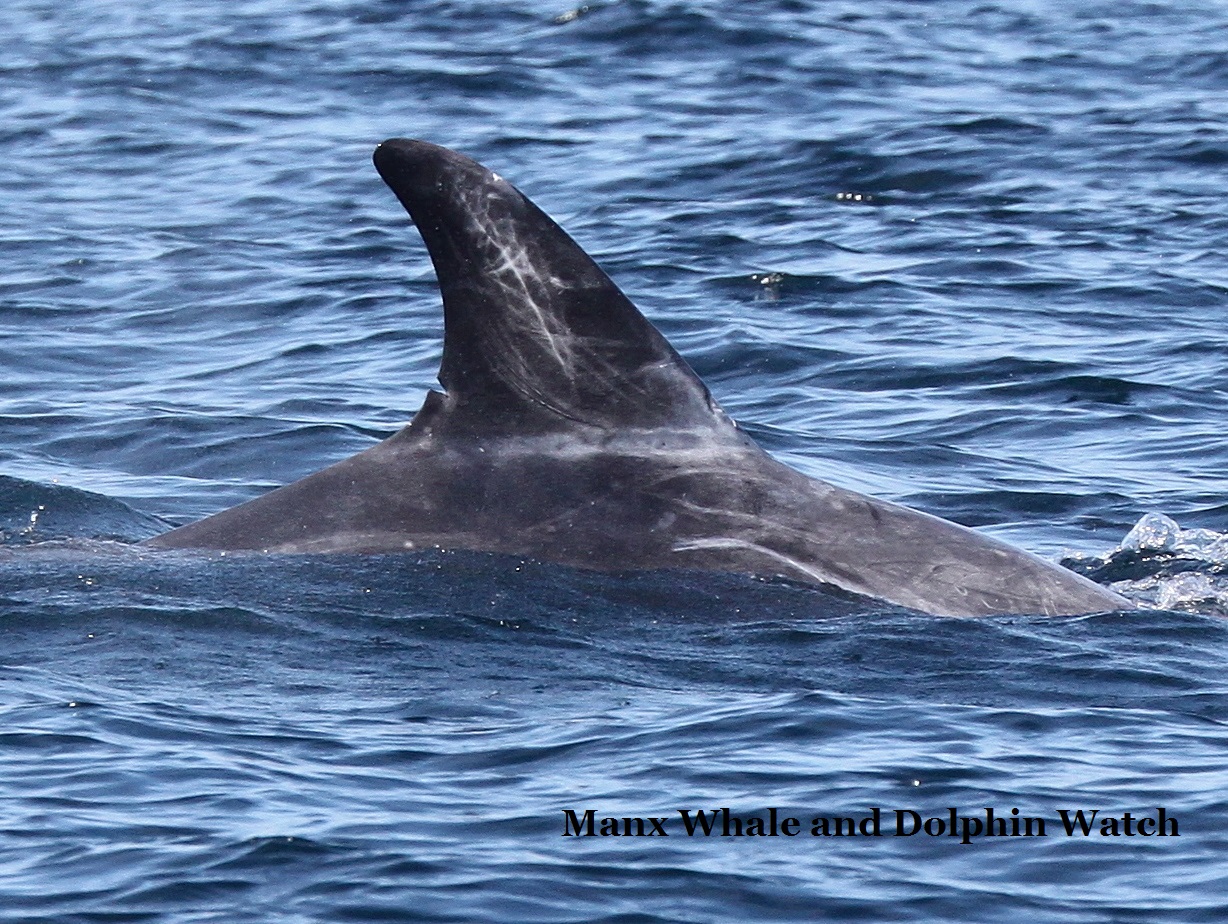 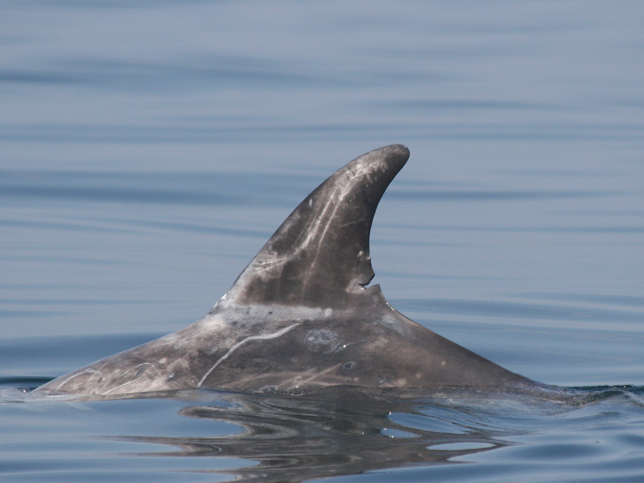