A medium sized baleen whale reaching 16 metres (52ft). The dorsal fin is very small and stumpy, with a knobbly appearance. Body colour is dark grey with white underside and long white pectoral fins. Tail fluke is usually seen when diving. Blow is short and bushy. Humpback whales are fairly active, leaping clear of the water and displaying more frequently that the other rorqual whales.

Photo to the right was taken 4 miles off Peel in 2010 by our Dolphineer Hannah Keogh. Sightings are infrequent, occurring every 3 or 4 years. Last confirmed sighting (by way of photograph) was August 2016 seen from the coast west of the Sound. Look out for distinctive bushy blow and tail fluke.

The Orca is the largest of all dolphins reaching 7 metres ( 23ft) in length. Dorsal fin is huge in comparison to body size and usually very tall and straight. Males can have a dorsal fin of 6ft, but the females’ are smaller. They have a rounded head with no beak. Colour is distinctive; black with white eye patches and underside, grey saddle patch below the fin. Behaves very much like a dolphin; swimming at pace, sometimes even bow riding with vessels.

We have never had a confirmed sighting by way of a photograph of Orca in Manx waters. So far, all photo’s of assumed Orca actually turned out to be Risso’s dolphins. Both dolphins have the same square, beakless head and tall, straight dorsal fin, and the grey-white colour of Risso’s can look black and white when silhouetted. Historically we have heard plenty of tails from fishermen of these animals, but they usually took place more than 20 years ago.

The Fin whale is the second largest animal on the planet reaching 20 metres (65ft) in length. A long, streamlined animal with a sharp pointed rostrum and a small swept back dorsal fin ¾ of the way along the back. Colour is light grey or brownish with white underside. Most distinctive feature is the tall blow produced each time they come up for air. This spout is columnar in shape and can be 6ft in height. Unlike the Humpback whale, the fluke is not usually seen when diving.

Infrequently seen here, this species is so large, and the blow so tall that it can easily be distinguished from the commonly seen Minke whale. The most likely time to see them is during the herring spawning season which occurs September-November off the east of the island. MWDW watched 2 fin whales from Marine drive in October 2016, they were at least 4 miles away, but spout could still be seen. 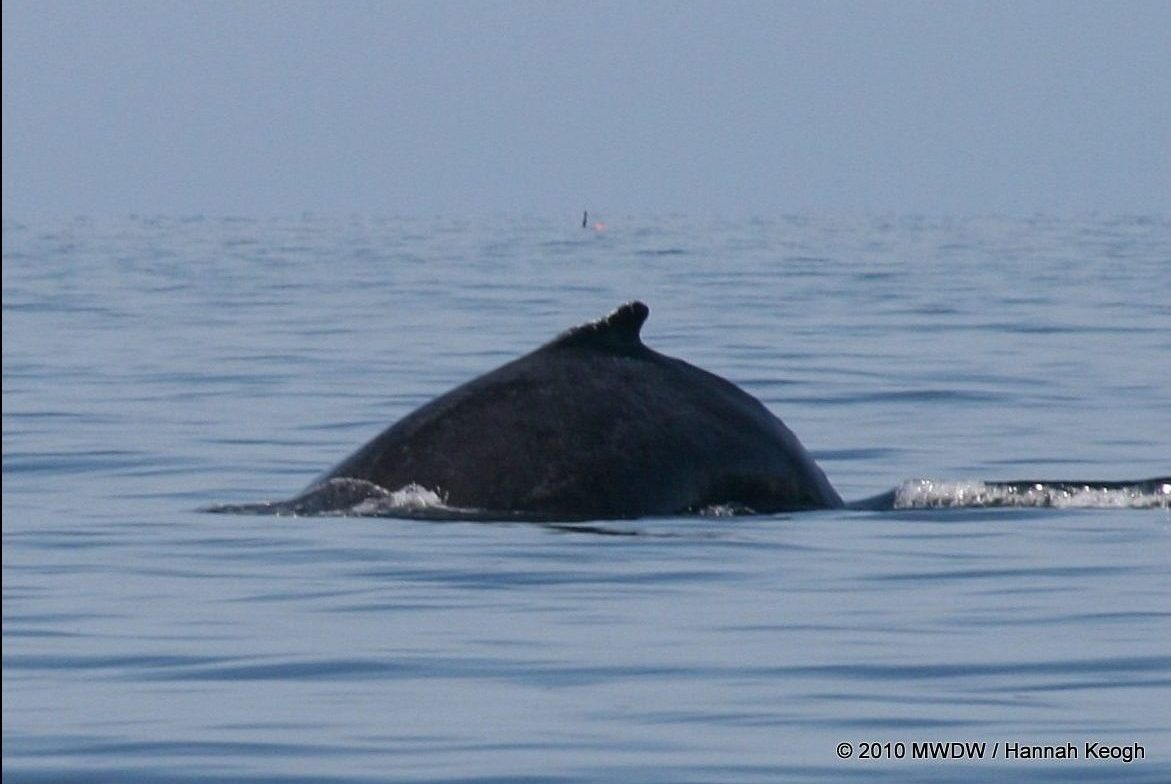 Humpback whale off the west coast of the Isle of Man 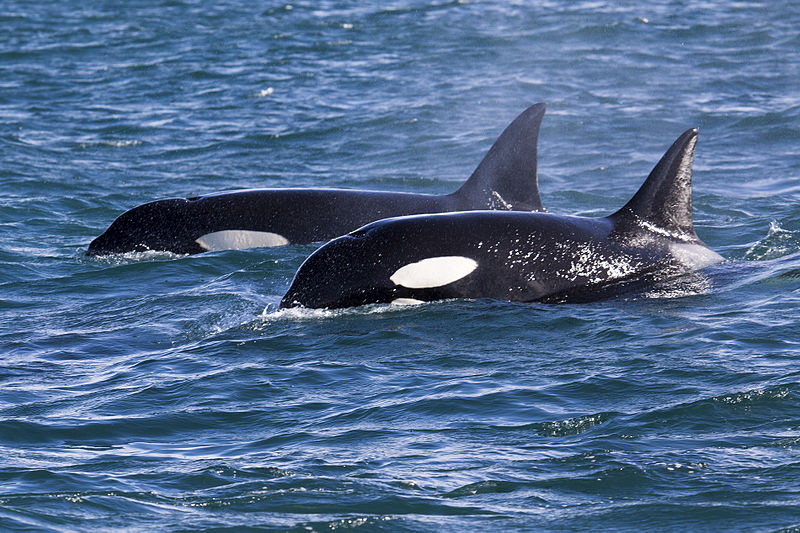