The Risso’s dolphin is a large, robust dolphin with an adult body length of 4 metres (13ft) and a square head with no beak. The dorsal fin is large in comparison to body size and can be sickle shaped or tall and straight. Body colour can range from dark grey to almost white, depending on the level of scarring on an individual.

Heavy scarring is almost always apparent in adults and is caused by two main factors; feeding and fighting.  Scarring can be inflicted by the tentacles and beaks of their chosen prey; squid, cuttlefish and octopus (cephalopods), but can also be inflicted by the teeth of other Risso’s dolphins. The amount of scarring on an individual can help us estimate age; often the scars build up to such an extent that some very old Risso’s dolphins are almost completely white.  Life span is estimated at between 20-40 years. The oldest stranded Risso’s dolphin examined was estimated to be 34.5 years old; analysis was made by looking at layers in the teeth.

The Risso’s dolphin can be distinguishable at the surface by the large dorsal fin on the centre of the back. They generally have a rather slow travelling pace, but break out into bursts of highly active behaviour during or after foraging. This behaviour varies widely and can include breaching, head slapping, spy hopping, head and tail standing, swimming upside down and logging.

Risso’s dolphins are deep divers and prey on bottom dwelling animals such as squid, cuttlefish and octopus. Like other dolphins they locate their prey using echolocation.

Little is known about the Risso’s dolphin and no worldwide population estimates exist. They have been observed in temperate and tropical waters as far north as Greenland and as far south as New Zealand and are found throughout the Mediterranean.  They usually favour steep shelf edge habitats 400-1000 metres in depth where they prey on bottom dwelling animals including squid and cuttlefish. There are only a handful of inshore populations in Europe, of which the Isle of Man has one. In Britain, they are spotted around the Western Isles, Wales and down to Cornwall. The best studied population of Risso’s dolphins in the world is in the Azores.

Risso’s dolphins are the most commonly seen dolphin species in summer months despite our distinctly shallow waters. They are often observed extremely close inshore in areas such as Port St Mary, Marine Drive and Langness. These coastal areas have water depths of just 22m-35m, so quite different to their typical habitat. They are often seen around the Calf of Man, either passing through The Sound, or round the back near the Chicken Rock. Young calves are seen every year during the spring and summer. The reason for such abundance in our shallower waters is not yet known, but Manx waters are clearly a critical habitat for this species.

We have a comprehensive catalogue containing over 100 individuals. Many dolphins return every year since photo-ID began in Manx waters in 2007. Please contact us if you would like to view our catalogue. 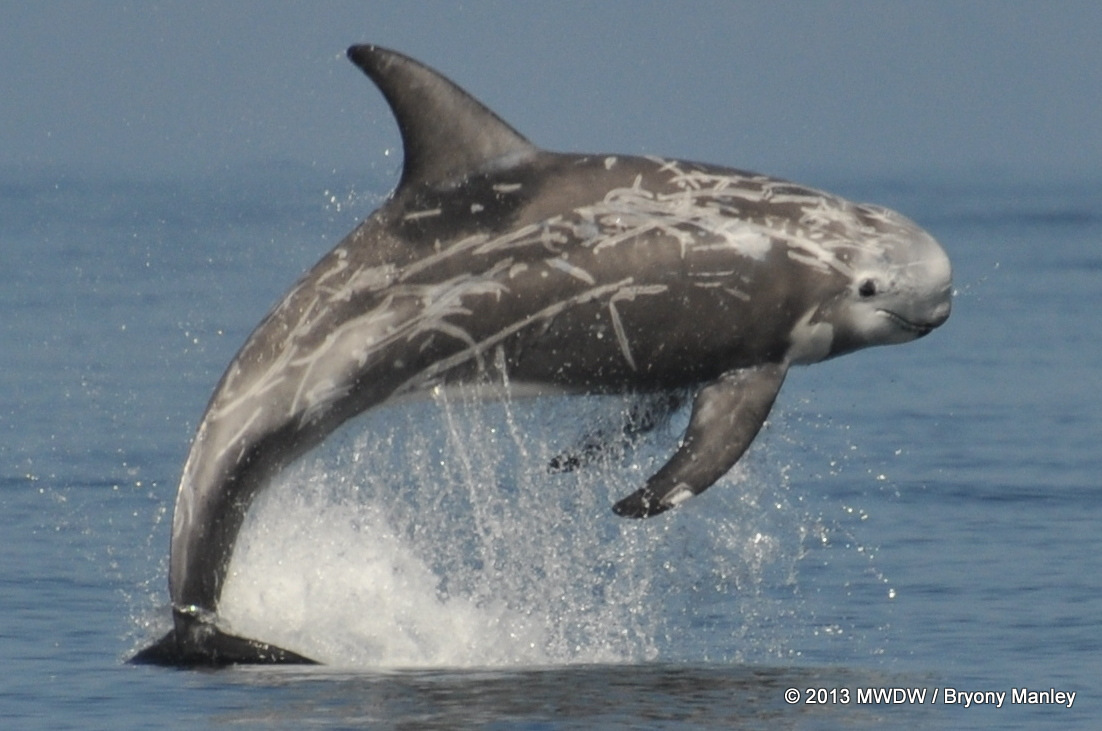 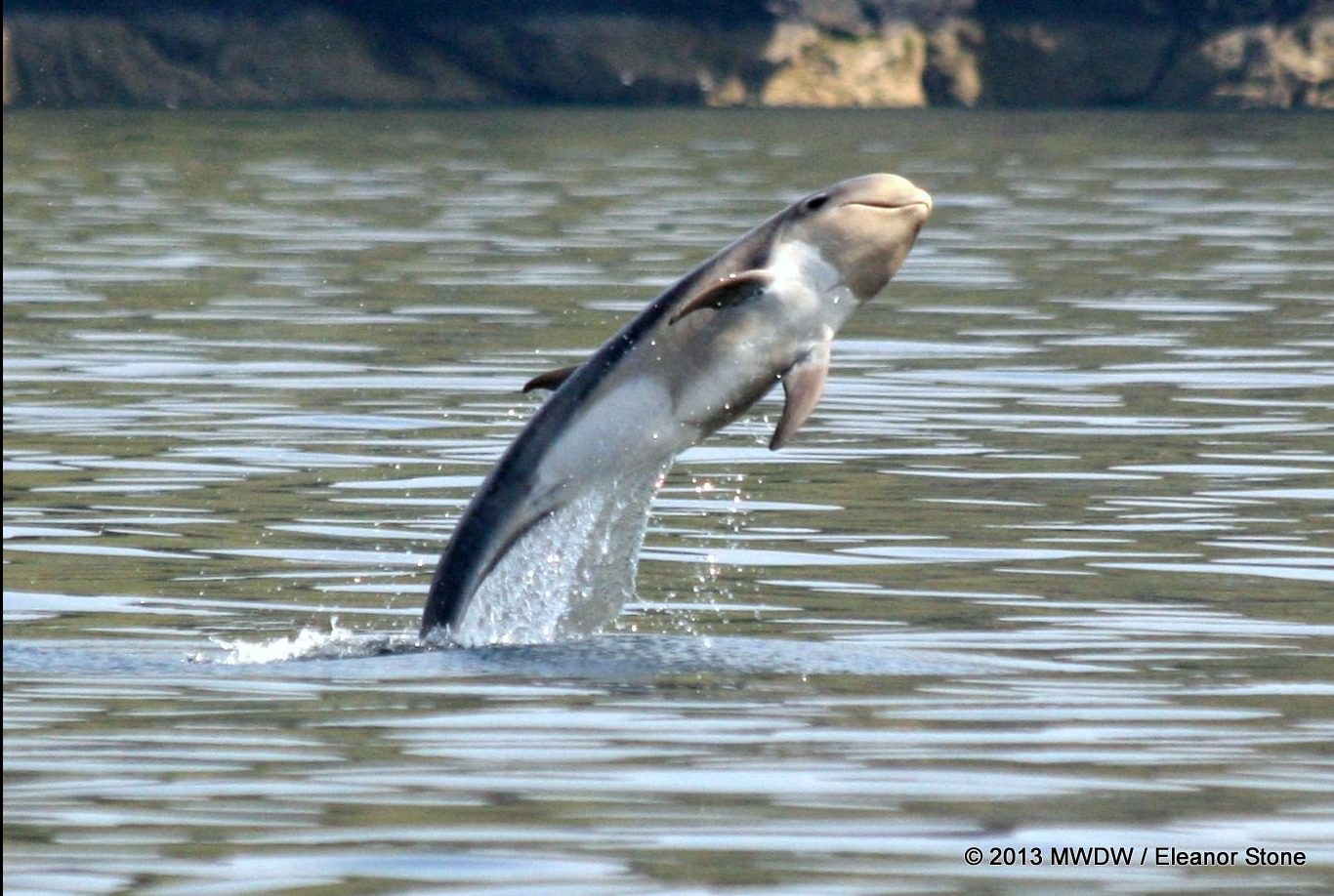