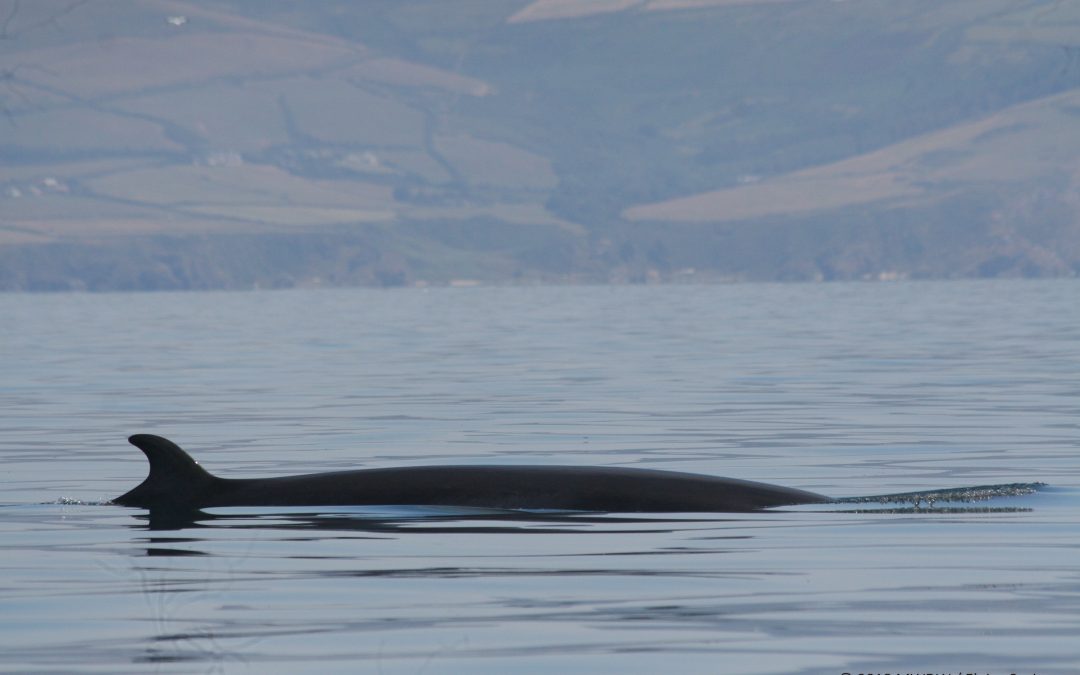 The waters surrounding the Isle of Man are host to a diversity of whales and dolphins. All of our species can be seen close to shore, and are regularly sighted from the coast during our land-based surveys and by the public. May and June 2018 have been exceptionally good months for sightings compared to previous years (see Figure 1). There were more than twice as many sightings in May 2018 compared to the previous two years, and June 2018 saw a recorded breaking 169 sightings. This is the most sightings Manx Whale and Dolphin Watch has ever received within a one month period.  The large increase in sightings reported this June is likely to have been due to the exceptionally good weather the Isle of Man had, allowing for more opportunities to go out surveying and better conditions for spotting cetaceans. 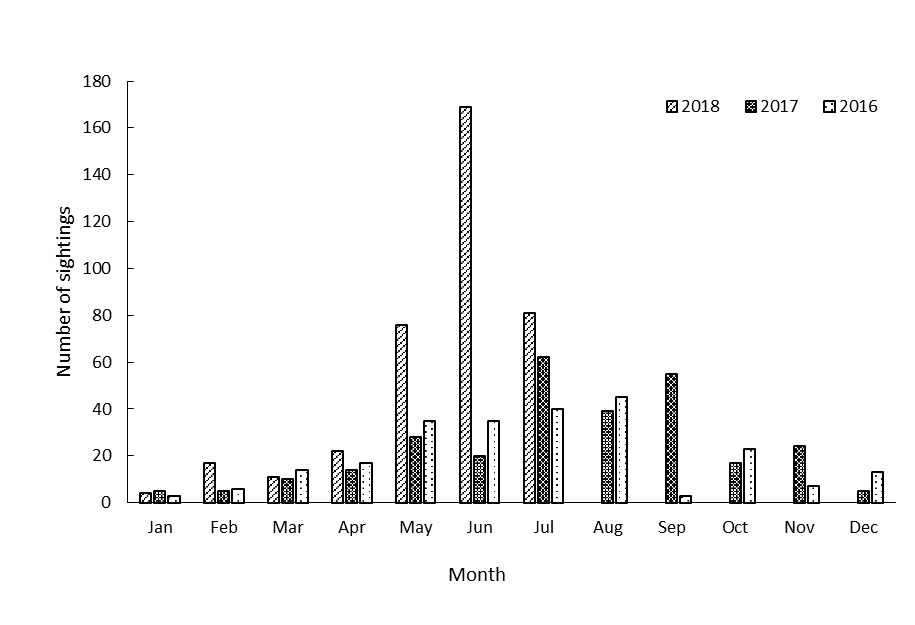 Figure 1.Bar charts representing the number of sightings per month from 2016 to 2018. Only data from Jan-July is available for 2018 (present). 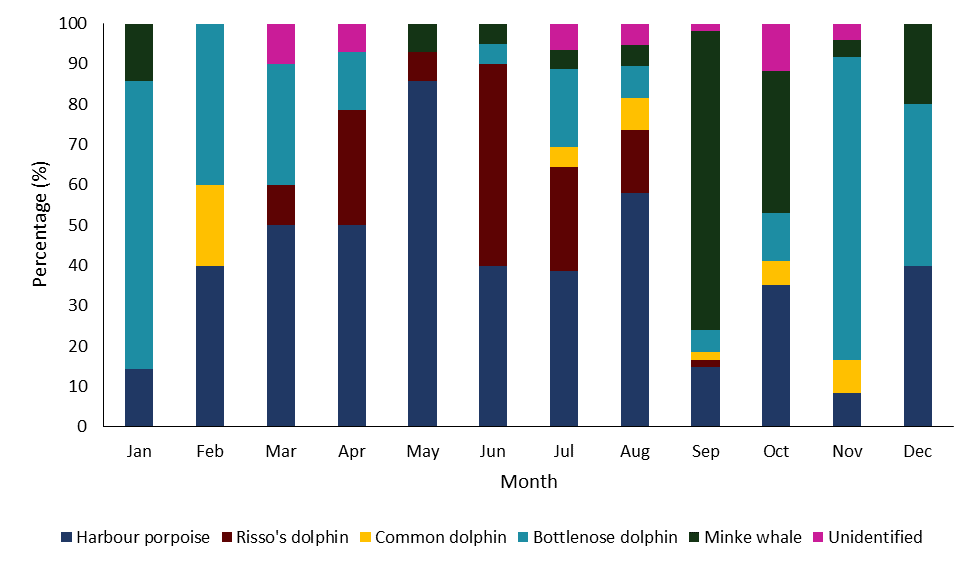 Figure 2. Bar chart showing the species of cetaceans recorded in Manx waters each month in 2017. Each species sighted is illustrated as a percentage of the total sightings within the respective month (i.e in March 50% of sightings belong to harbour porpoise, 10% to Risso’s dolphin, 30% to bottlenose dolphin, and 10% to unidentified cetaceans).

The species of cetaceans spotted in Manx waters varies throughout the year, with some species being more prevalent during specific seasons. Bottlenose dolphins are more likely to be sighted around the Isle from late autumn to early spring. We do get a couple sightings of them every summer (a pod of 60 bottlenose dolphins was spotted off Port Erin bay this past July). Risso’s dolphin are mostly spotted in spring and summer months. Minke whales are sighted in summer and are abundant in autumn. In contrast, harbour porpoise can be seen every month of the year. Common dolphins can be spotted year round, but are not reported as much, as they are usually seen further offshore compared to the other species.

Tips and tricks to spotting cetaceans: