A pod of white-beaked dolphins was filmed for the first time on 14th August off Fort Island, Langness. This is the first confirmed record we have ever had in Manx waters.

The dolphins, which look a little like massive porpoises, with grey/white colouration and a short stumpy beak, were behaving in a very interesting manner that we don’t see in any of our local species. The three MWDW staff all said white-beaked independently of one another, as did four other experienced cetacean researchers we have liaised with. Looking at videos and behavioural descriptions of the species, the vertical breaching is typical of white-beaked dolphins and the physical attributes are spot on. Historically, three sightings have occurred in Manx waters, one which may have been as long ago as the 1980’s and two between 2000-2017 (as per graph) but which was definitely no later than 2007 as current MWDW staff would have remembered it. As no one was researching cetaceans in Manx waters prior to 2005, we cannot even be sure of the accuracy of these records. In fact, there have been no other reports of this species in the Irish sea in 30 years. This graph was last updated in 2017 and is part of the UK cetacean atlas. Many thanks to Patrick and Anne Hamilton for taking this video and sending it in to be analysed. 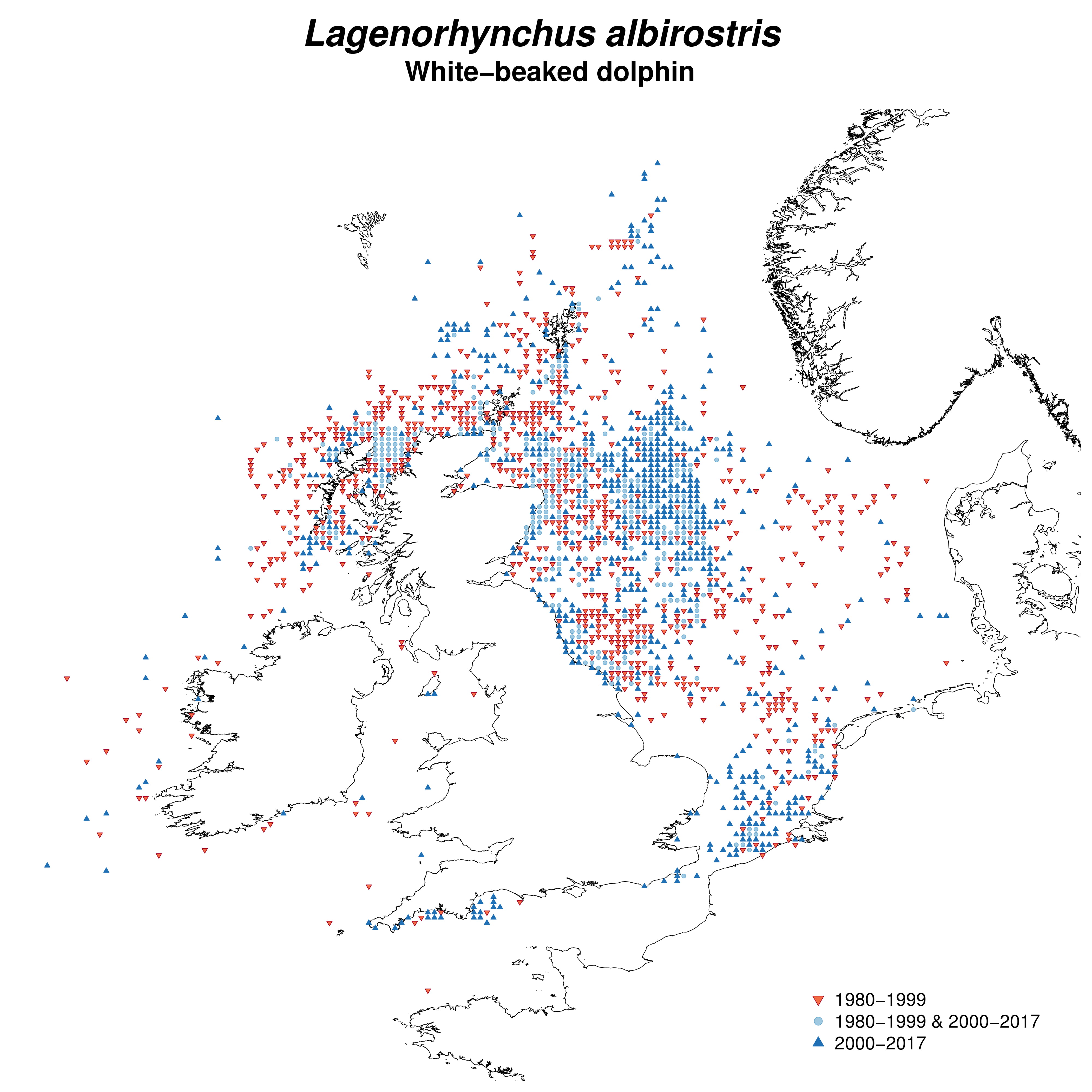